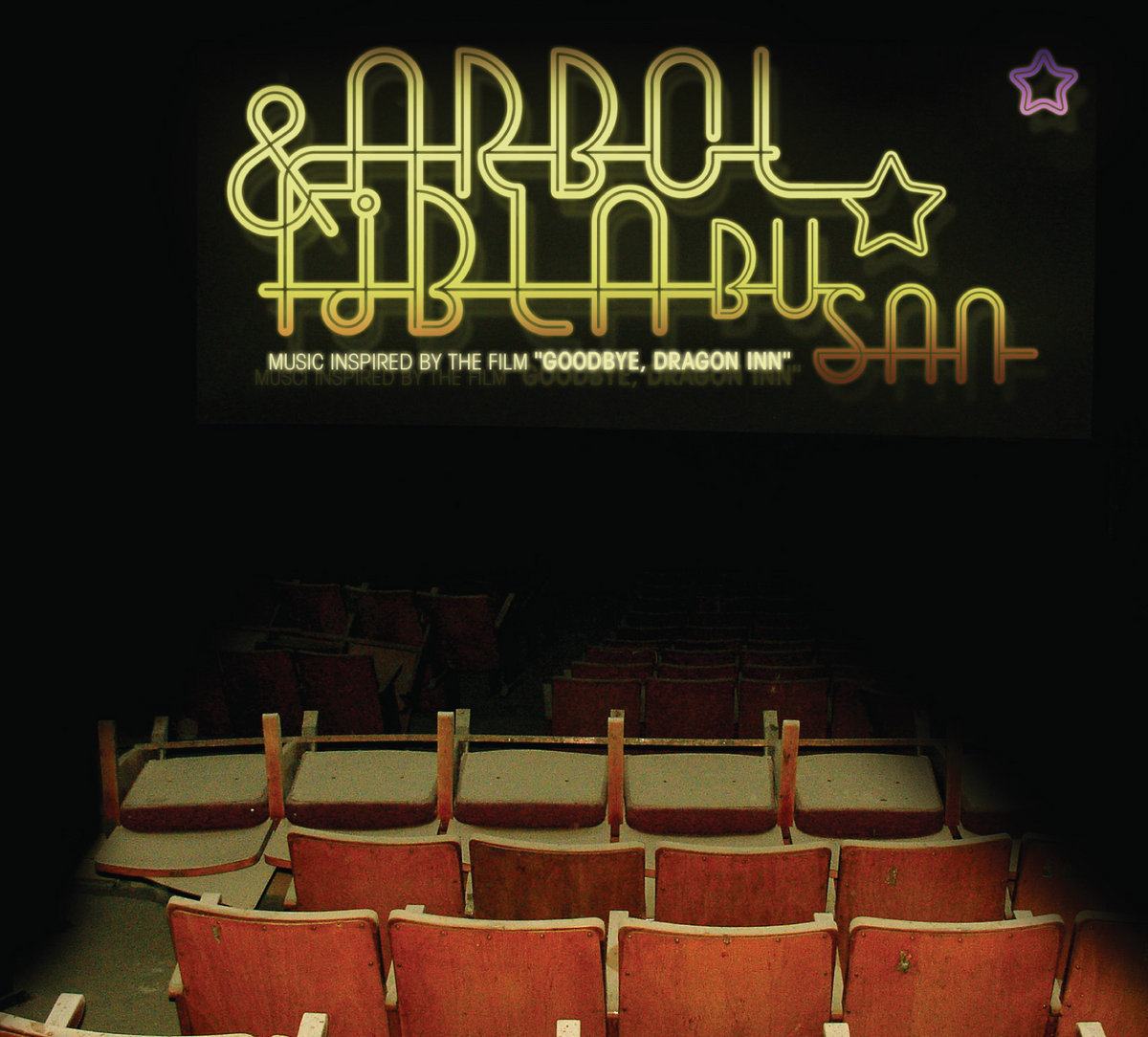 Retrospective soundtracks are a fascinating notion. If you consider a cinematic work that has just been created, it will naturally settle in some sort of tonal disposition or emotive meaning after any suitable period of time has elapsed. Now, some time down the line as an afterthought, a score is written to accompany the film—no doubt, it will have some sort of bearing in transforming the established tone or meaning. The extent of the transformation, however, is something mighty subjective. You could argue that the impact depends upon the score’s faithfulness to the original meaning, or how clearly or stubbornly defined this meaning was to begin with. Naturally, a sonically bare, dialogue-void film would be a prime target for composers, as they are seem to be the blankest of visual canvases. But even then, there are some films where the silence is part of the virtue and part of the meaning, and trying to reinforce it with anything but becomes a futile task.

I recently reviewed Sumner McKane’s Nanook, a longplayer that was originally intended as a performative work accompanying the live screening of a 1922 silent documentary, Nanook of the North, as the film score. While my own assessment of that album was mixed, I’ll admit that not having the documentary at my disposal as a guide—let alone being able to witness McKane perform it as originally intended with a screening of the documentary—did make it a bit harder (impossible, actually) to evaluate its merit in aptness as a soundtrack. The best I could do was to judge it on grounds of substance and cohesion, the criteria of which may well be problematic.

Enter Spanish composers, Arbol and Fibla, and their inspired take on a much more recent Asian art house classic. To celebrate the tenth anniversary of the Barcelona Asian Film Festival, local electronic musician composers Miguel Marín (Arbol) and Vicent Fibla (Fibla) were commissioned to write a new score to the 2003 film, Bu San, from seminal Taiwanese auteur Tsai Ming-liang. Like Nanook, Marin and Fibla would then perform the score at a live screening of the film. While again for obvious geographical reasons, I’m deprived of the experience of actually getting to see the live score work in tandem with the picture the way it was intended, I would say I am in a slightly better position to judge this work because access to the film in question is no longer an issue. I still intend to keep this first and foremost as a critique of the record at hand, but knowledge of its visual motivation certainly provides a useful perspective in assessing its success as an art form.

Bu San, English title Goodbye, Dragon Inn, is set in real time at an old Taipei cinema on the evening of its last ever screening; the feature: a 1966 Taiwanese Wuxia classic, Dragon Gate Inn. Without spoiling it, the film chronicles the stories of several different people who are all, for their own reasons, spending their night at the desolate, near-empty theatre. The film is virtually void of any dialogue or non-diegetic sound. The camera almost never pans and shots linger for minute brackets at a time. It’s an intense cinematic experience, but easily worthwhile to anybody who appreciates minimalist cinema in its utmost sense. As a cinematic purist, one can’t imagine how any newly soundtrack can supersede the film’s surprisingly powerful original form. But in spite of the film’s ostensibly sturdy emotional framework, Marin and Fibla produce a solid standalone piece of work and a welcome companion to the film.

As per Tsai’s Bu San, feelings of desolation and loneliness are perpetuated through the course of the record. Opener “Last Screening” centres around a haunting piano motif which establishes the main theme, supported by an equally string component while littered with eerie crackling. “How to Deliver a Red Bean Bun” is another poignant interaction between variety of samples and soft twinkling ambient sounds that all provide an underlying layer to another violin melody. “There’s Still Going to Be Trouble to Come” is an amalgam of traditional, analog instrumental here with processed albeit organic-sounding electronica shares some compositional sensibilities in the vein of Emmanuele Errante or Bersarin Quartett.

“Quite Sure this Place is Haunted” is optimistic opens with expansive cosmic synthesised tones and music box twinkles much reminiscent of Rhian Sheehan, and similarly “No One Remember Us Anymore” also flirts with bright melodics of a music box but emotionally counteracted by a heartbeat-like submerged backing beat that takes spears it back into sad territory. “You’ve lost what’s down below”, arguably the strongest piece on the album, opens with eerie Lynchian undertones before evolving into a slightly more menacing piece and seeing the soundtrack at its most frantic, despite there still being a sizeable amount of dynamic restraint. The buried synthetic harmonies complement the strings and processed piano nicely, with IDM-like crackles and effects seeing out the piece. Some of the tracks are far more restrained, such as “So much of the past lingers in our hearts”, which contains an eerie pulsating bassline, punctuated with with intermittent rings and plinks, and a gorgeous recurring melancholy violin melody that is somewhere between traditional Chinese and the Dirty Three. Like any tried-and-true film score, “Start again again” reprises the opening piano motif, along with more strings and new timbres in different roles, to relaunch the record post-intermission—the running of a film projector in the background providing that presence of the cinema.

Marin and Fibla also do well to pervade and honour the Oriental origins of this film, employing a handful of distinctly Eastern flavour sounds and instruments on several pieces while at the same time never surrendering the overriding piano/string coupling that they established as the core of the soundtrack. Examples “You’ve lost what’s down below”, “At the movie house” and “So much of the past lingers in our hearts”, each with distinct string variations, percussive sounds and even a bit of Chinese harp, offering a tidy attempt at authenticating the film’s origins. The closer “The Last Dance (Can’t Let Go)” is another quintessential demonstration of this and borrows much of its matter from the predecessors to see the album out, only with the tiniest glimmer of hope to cap off the record.

Like any critique of a soundtrack, the criticism here could also be split into two separate parts. The first would be about the actual music itself as a standalone, the second to do with its suitability or compatibility with the motion picture. Bu San is often cited as Tsai’s metaphor for the death of cinema-going, this statement even bring him the FIPRESCI award (a film critics association for the promoting and safeguarding of film culture) at the 2004 Venice Film Festival. In the context of Tsai’s Bu San, an irony rears its head here in that while Tsai’s picture vocalises the preservation of a relative older, more traditional or ‘classic’ form of art consumption if you will, Marin and Fibla juxtapose this with an uncompromising, largely digitally processed sonic portrait intended to accompany the picture. To my mind this juxtaposition succeeds only in patches, but then is based on the account of my own emotional predisposition procured from the first time I saw the film. For anyone else, this soundtrack could go a long way to reconfiguring Bu San into a different cinematic experience with its own separate and perfectly legitimate merits.

Tsai paints a bleak, depressing slice of life portrait to capture this demise, but does so, perhaps unexpectedly, in a highly visual and beautifully shot manner. Again, I personally feel Bu San would be deprived of its poignancy if any soundtrack were to be added, not just this one. One could argue that perhaps the film’s events are far more sparse than this soundtrack might suggest. On the flipside, while the ultra-restrained, ultra-conservative filmmaking of Tsai’s Bu San makes it a peculiar, niche experience, I wouldn’t set the threshold bar nearly as high for the standalone soundtrack by Arbol and Fibla, which is instead a pretty, digestible, and strangely comforting experience sure to be embraced by any listeners of electronic-inspired instrumental music.

Restraint is another prerogative, with a piece such as “So Much of the Past Lingers in Our Hearts”, focused around an eerie pulsating bassline and punctuated by intermittent rings, plinks and a recurring melancholy violin melody falling somewhere between traditional Chinese folk and the Dirty Three.