Audrey
The Fierce and the Longing 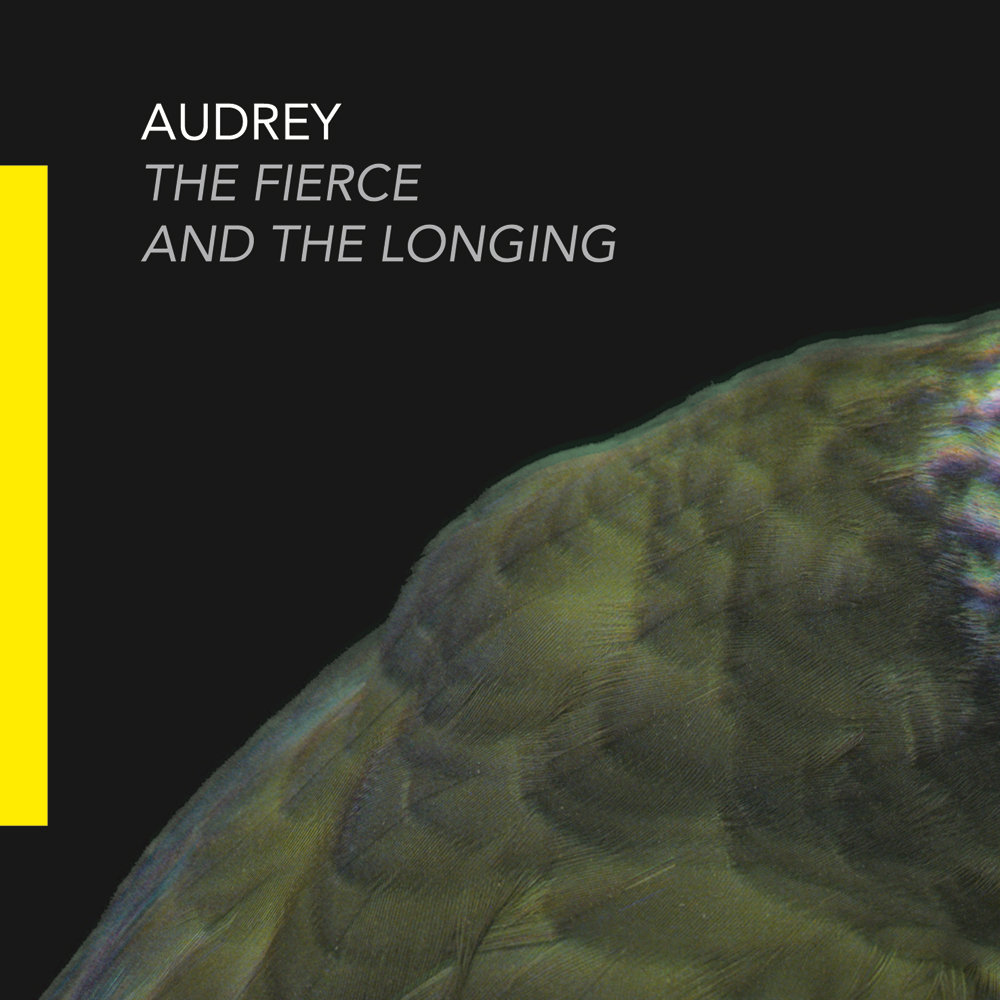 From all the composers of the classical era—the Bachs, Mozarts, Beethovens and Chopins—to the modern day—the Davises, Brubecks, Bernsteins and  Morricones —I have to a question to ask: where are all the women? The only one who comes to mind is Wendy Carlos, and even she used to be a dude. While I will try my hardest to resist sounding like a male chauvinist pig, you do have to wonder: how many all-female bands truly strike you? In an era where there is so much equality amongst listeners, I would think that it would also balance the gender output of band musicians. Somehow though, as long as there’s a man involved, the female tends to get relegated to the role of vocalist, bassist, some form of string instrument or if they’re lucky, the drum kit. Sure, there have been some great female musicians in the past, but where would the Kim Deals, Kim Gordons and Mimi Parkers be without the Black Francises, Thurston Moores and Alan Sparhawks (I’ll give it to Deal who did her own thing with The Breeders, but that still had a dude in it). I mean, I can think of a few great all-female bands; The Bodysnatchers, The Bangles, erm… Josie and the Pussycats.

Now, before all my fellow female staffers crucify me and my inbox is inundated with feminist hate mail, remember that this is just a bit of fun. There are obviously some examples of exceptional all-female that I’ve enjoyed: edgier experimental acts like Iceland’s Amiina or Bristol’s defunct Electrelane, to the more conventional indie acts like Sleater-Kinney, Montreal’s Pony Up!, Vancouver’s defunct The Organ, even the aptly named All Girl Summer Fun Band. Sadly though, this is still a minority, and as pro-equality as I like to believe I am, it’s evident that women don’t seem as interested in playing the primary creative driving forces in bands. Anyway, I’m not turning this into an article discussing the trends of the cultural trends in gender role and women in music—I’m sure Germaine Greer has one sitting in the archives somewhere.

Swedish all-female band Audrey follow up their 2006 debut longplayer, Visible Forms, with a second LP, The Fierce and the Longing. On it, the Gothenburg four-piece have chosen to trade in the sparse Low-esque slowcore overtones for something a bit more radio-friendly but with the same hint of indie sadness. The most visible thing that struck me was the cut in length—from nine tracks spanning 43 minutes on Visible compared to ten of 36 minutes on Fierce, already an ostensible indicator that they were leaning away from their pop-resistant beginnings.

Fortunately for Audrey, this decision was executed with care. Aesthetically, Fierce adheres to pop customs, choosing to grace rather than assault. Structurally, the customs are not as heeded, leaving room for progressive motifs without succumbing to a practice of verse-chorus. “Carving and Stretching” is an example of a superbly constructed indie song with both pop and alt inclinations, combining catchy, wistful guitar melodies matching their underlying rhythm, while thoughtfully incorporating delicate instrumental shifts. The record fronts Emelie Molin’s cello throughout the album, especially on pieces like “Horses are Honest” and “The Sliver” where it offers a melancholic layer complementing the female vocals. “Northern Lights” pushes the pop conventions a little further with a rhythmic beat-clap pattern, and tight ditty “Rats” embraces a minimal nature in vein of Chan Marshall.

With the exception of Amiina and perhaps early Electrelane, the other bands I mentioned earlier still follow fairly formulaic paths in their musicianship despite their talents. Audrey, however, are an odd case. They reveal parallels to Electrelane, who after delivering a debut (2001’s largely instrumental Rock it to the Moon) that resisted a formulaic approach to an all-girl sound, switched to vibes of pop conventions on a sophomore (the delicious 2005 LP, The Power Out) now focused on to-the-point catchiness in radio-friendly morsels. In spite of the risk reverting from an experimental sound to a more accessible one, but Audrey’s intentions seem clear throughout. With such balance instilled, The Fierce and the Longing scarcely overstays its welcome.