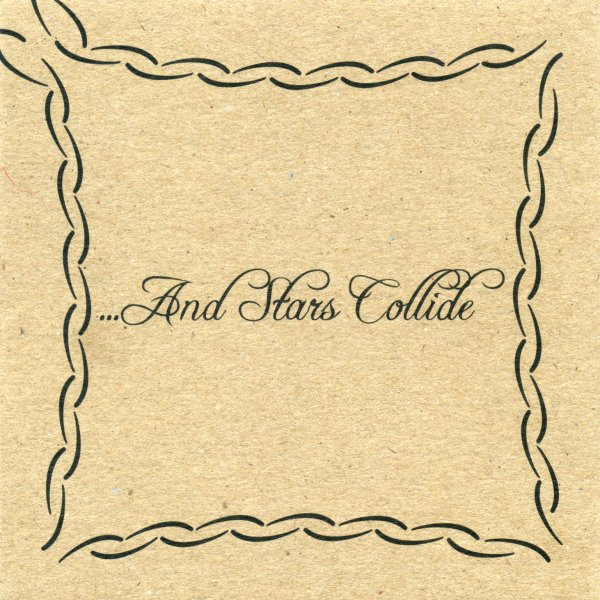 Nottingham’s …And Stars Collide, like a gifted newborn, finds its way through the developmental stage via the influence of surrounding older siblings. Their self-released, self-titled debut EP is a demonstration of the solid mimicry and attainment of ability, but the premature stage in their chronology leaves only their niche the final stage to be found. The older siblings in this case, to pick out a familial UK-centric batch, would fall somewhere within These Monsters, Tracer AMC, but especially upcdowncleftcrightcabc+start.

There’s a little offering from each elder that …And Stars Collide takes and incorporates into its collage. From the standard interplay between guitar melodies and emotive dynamics on opener, “Every Step Takes Me Further From Home (Part II)” (yes, part II comes without a part I), or the howling rhythmic drive of the preceding “See the Opening Morn”, or the sinister overtones of a meticulously fastidious interlude on the otherwise aggressive “Your Winter and Night in Disguise”, or the even split between calm melody and evolving catharsis on the wonted climactic hopeful closer, “We Are None of Us Long of This World”—in what would seem to be a tight span of four tracks, …And Stars Collide are aware of the guitar-driven post-rock spectrum’s composition, or enough so that the tracks efficiently run the gamut from tension setting to cathartic release.

…And Stars Collide seem to be at that stage where getting comfortable with the fundamentals is a priority, and hints of stylistic input are merely signposting the theme of an original thesis that has not yet materialised. Here they present a swatch book, a series of specific manoeuvres being sampled to eventually reach the formation of a permanent sonic aesthetic and stylistic identity. The four tracks haven’t yet the feel of an establishment of self, but it still encapsulates soundly the direction they’re willing to go and the subtleties in differentiating the possible routes they can take. Even the record cover with the simplistic stencilled-calligraphy-on-brown-cardboard, or the superfluous ellipsis in the name, could be seen as some type of homage to a niche rather than the assertion of definitive character.

But, view this self-released debut EP how you like, as a polished demo or work-in-progress, or some kind of intermediate step towards something established and refined, I cannot really judge it as anything beyond a four-track declaration of a mission statement. …And Stars Collide set up very sturdy parameters on this EP, and with ample technical ability. It is a promising future for these lads.