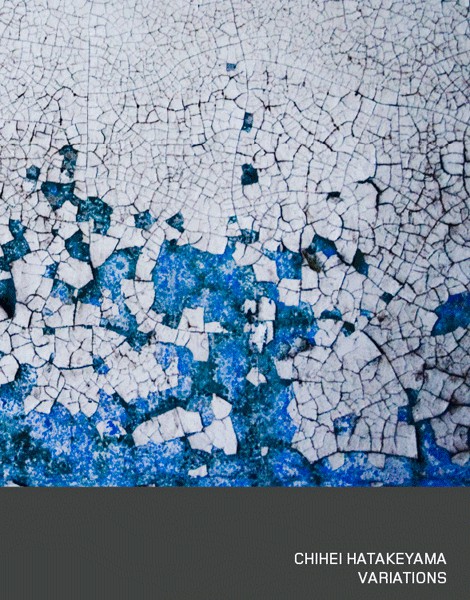 Chihei Hatakeyama was a child of hardcore and thrash metal before the purchase of a Macintosh marked the beginning of a career fascination with electronic music. The Tokyo native, whose art notably constitutes sonic processing and field recordings, bears a CV that name-drops an impressive batch of experimental labels, including the Kranky, Room40, Magic Book, Under the Spire, Hibernate and Own. Impressing thoroughly with his work on Opitope—the outstanding Hau in particular—a sizeable slice of the prolific Hatakeyama’s solo work has since been placed under The Silent Ballet pen. In spite of his lengthy discography spelling a firm establishment of an artistic modus operandi, Hatakeyama has managed take yet another step in his maturity; one that almost rivals that which removed him from his metal-oriented youth.

Enter 2010 long-playing effort, Variations, is graceful series of compositions build upon the acoustics of the barest of instrumentation. It strips away Hatakeyama’s previous flirtations with electroacoustics and clean melodic interplay, buying back into ambient fundamentals such as abstraction and formlessness. The luscious enveloping tones that permeate his catalogue are still present in spades, but the variety of sonic textures is kept to minimum, emphasising instead on the flow of sound through an abstract vacuum.

The electric guitar variations are the most solidly indicative of Variations’ essence.  Part one is a metamorphosis of guitar notes into bright, crystalline tones which ring then bathe in their own resonance. Part two is the most minimal, predominately structured around loops of sounds deeply submerged and brutally processed that they leave little space for recognition of the source. The intermittent spurts of drowned chords piercing through delicate atmosphere, in an act that beckons at Stars of the Lid.

The piano variations are another gorgeous batch. Ostensibly the most consciously formed of the variations, there’s less tonal fluidity and more high-pitch twinkling between the notes. Nevertheless, Hatakeyama doesn’t alleviate the obscuring effect of his processing, keeping it hard to reduce any sound back to its instrumental singularity. There’s also a dabbling into a retro aesthetic reminiscent of the days of Budd/Cocteau Twins or early Eno. The electric guitar and vibraphone variation, the longest at thirteen minutes, masterfully carries and eventually brings the theme of dynamic sparseness to a head. Warm shimmering tones delivered by the duelling instruments do well to blend a bit of richness and colour into a faint, washed out palette left by the preceding tracks.

The balance of growth and consistency can be a daunting battle for artists who carry the burden of an extensive catalogue. And in the tricky field of ambient, Hatakeyama is probably more vulnerable to the equivocal nature of sound art’s reception in general, rather than any own shortcomings he might have as a purely technical musician. Those with a tenuous grasp of the intuitive imposition and meditative quality offered by Hatakeyama’s sound might be quick to conflate his consistency with banality. The piano and guitar parts of Variations are woven and there is a gel about the pieces that leaves little room for differentiation, but an emotional substance that leaves just as little need for it. Variations might not be as textural as Saunter, as eerie as Ghostly Garden, or as adventurous as A Long Journey and Minima Moralia, but it is certainly still as introspective and capable of translating sonic technicality into that gentle tug on the heart strings.