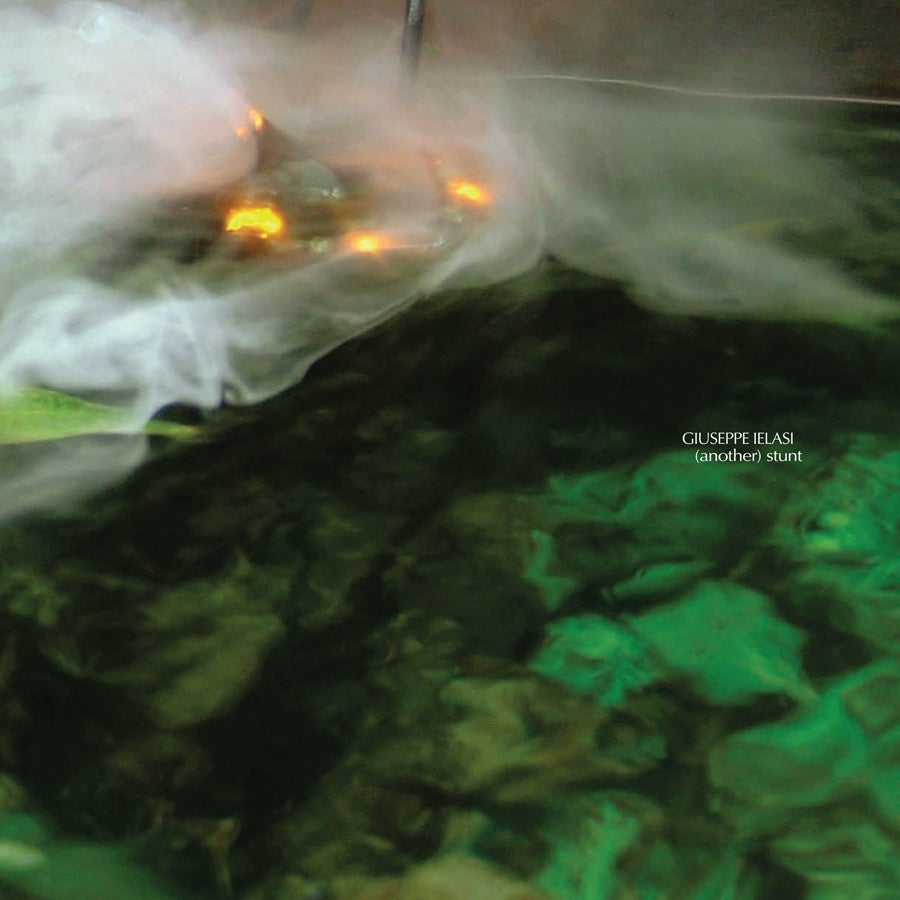 Establishing himself as a flagship icon of the contemporary sound art movement, Italian loop-glitch specialist Giuseppe Ielasi is not unfamiliar with the promiscuous activities of a typical sound artist. He flaunts a hefty curriculum vitae of both solo, collaborative and contributive work spanning a variety of labels, and like a lot of his prolific colleagues, doesn’t stop for breath in between what seems to be an inexhaustible set of ideas for concurrent aesthetic projects. And so, while Ielasi is still a strong figure on 12k with the recent release of gridded rhythmic textures of Aix, Ielasi’s not above engaging in an affair with turntablist-sampling methodology on his co-founded Schoolmap label, shifting focus on pulse and rhythmics over the shifting residual resonance of traditional instrumentation and acoustics.

(another) Stunt follows Stunt, the first two of a trilogy focused on experimentation with raw vinyl sound without any additional manipulation bar cutting and assemblage. The extended play is itself petite and succinctly put together, running at a conservative six tracks, all woven seamlessly by common strategies. Despite the fact that Ielasi is branching out in his sampling practices, he still retains a brand of looping and developmental repetition that has been almost recognisably his trademark. Ielasi has a very delicate handle of his chosen samples, discerningly re-piecing together fragments of less-than-recognisable textures to construct his own artistic deconstruction of what could be considered standard electronica stripped luscious melodies and thickened bassline.

(another) Stunt is, as mentioned, entirely made up of raw samples that have merely been chopped and redistributed to realise the potential of the turntable for Ielasi’s contrasting rhythms and odd dynamics. The spoken sample on “A1” is possibly the other sign of coherence underlying the piece’s grainy, crackling beats, while “A2” uses another set of disjointed dynamics to provoke a similar sense of rhythm. Though I wouldn’t dare describe this record as ‘melodic’, “A3” rattles and pulsates with subtle hints of melodic texture, while “B2” and “B3” also offers some signs of notational intactness within its otherwise formlessly looped textures. The clangs, rattles, bells and whistles are all sparse and subtle, often dominated by the static residue, but the cohesiveness of the whole has to be attributable to Ielasi’s basic command of his apparatus.

Ielasi continues show off as one of the most intriguing sound artists of this era. His peripatetic anti-settlement when it comes to labels signals a refusal to be constrained by certain sensibilities and methods, and the Stunt series is a testament to that. (another) Stunt isby no means an ambitious endeavour, especially for an artist of Ielasi’s calibre, but it is the kind of humble output you’d expect him to produce within the broader spectrum of what is an ambitious body of work. I look forward to the next instalment, which I can only speculate will be titled (yet another) Stunt, that shall follow this simple but elegant effort.