Hammock
Chasing After Shadows… Living With the Ghosts 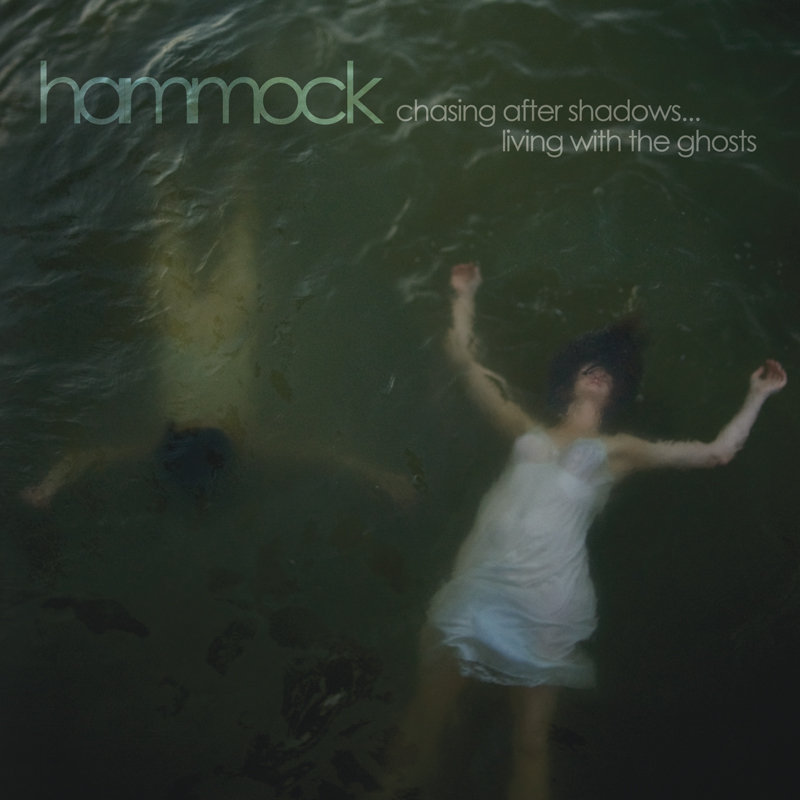 Despite frequently sneaking into the business end of our prestigious end-of-year lists, Hammock has never been paid its due respect on the review front here at The Silent Ballet. With three full albums and an extended play under their belt, Nashvillians Marc Byrd and Andrew Thompson have left an enormous and lasting impression on the ambient instrumental landscape over a relatively short six-year period. Based purely on the rare and remarkable brand of consistency that this duo demonstrates within its elected style, it always looked promising that upon the release of Chasing After Shadows… Living With the Ghosts, Hammock’s fourth longplayer, TSB would find a chance to make critical amends.

After 2008’s Maybe They Will Sing For Us Tomorrow, asolid but underwhelming mostly-live recording, Chasing After Shadows is a restoration of old form for the duo but also a seized opportunity to exercise some evolutionary license. By virtue of Byrd and Thompson’s lack of proper recourse and personnel to be able to adapt their gorgeous studio-recorded pieces to a stage-friendly rendition, their stint dabbling with whatever they were able to offer in a live setting translated to a watered-down version of their capability, not doing justice to the rich, expansive, fully-fledged sound that they have held dearly as their trademark. And so, on Chasing After Shadows, many of the vitally important components return, particularly the percussive and rhythmic components, to fill in the void and strengthen Hammock’s otherwise heavily atmospheric, guitar-conducted wrapping.

Breaking the mold from the previous records where the opening would be a short ambient prologue, Chasing After Shadows decides to leap straight into the fray with “The Backward Step,” which spells its inaugural honors in truly poignant Hammock fashion with crystalline echoing guitar melodies, lazy percussive rhythms, and a penetrating downtempo bass melody that all go toward restoring the duo’s masterful form. “Tristia,” lead single “Breathturn,” “Andalusia,” and “The World We Knew As Children” continue to follow this template, taking the bright, gloomy howls to form a foundation for the soulfully penetrating interplay between the guitar melodies, steady snare beats, and booming bass. The sonic transparency between each instrumental layer preaches a dynamic ascendancy bearing the kind of poise and structure that most committed post-rock-ians devote themselves to but always struggle to execute in practice. Hammock does it effortlessly.

Despite the obvious common aesthetic sensibility that glues all of their work together, Byrd and Thompson are still capable of venturing into other modes of delivery. “The Whole Catastrophe” is a deep, dense, percussion-free number that utilizes a seamlessly integrated string element in the forefront. The end result is worthy of any territorial contender from the realm of cinematic scores. “Dust Is the Devil’s Snow” mixes it up a little more by including a dreamy melodic twinkling and a delicate acoustic guitar texture. And, much in the vein as several precedents from the earlier albums, Hammock’s charming brand of cleanly uttered wistful vocals are the icing on “You Lost the Starlight in Your Eyes.”

The drumless numbers—“Little Fly/Mouchette,” “In the Nothing of the Night,” “How Can I Make You Remember Me?”—are as tireless as their rhythmic surroundings in generating their share of the record’s emotional essence, while also creating that flowing bond that mobilizes the more prominent tracks. The record closes on a humble note: “Something Other Than Remaining” resonates the atmospheric remnants of the past seventy minutes with hummed female vocals much in the same way “I Can Almost See You” launches Raising Your Voice. It’s almost like a wormhole back to another masterpiece, as to link up the parts of the amazing body of work this band has thus far put forth.

As reminiscent and faithful as Chasing After Shadows is to the hitherto repertoire of Hammock, it holds several unique signs of distinction and maturity. One noticeable change from their first two studio albums, Kenotic and Raising Your Voice, Trying to Stop an Echo, is the track structure of the album. While still running at a healthy, borderline capacity seventy-plus minutes in length, Byrd and Thompson have pared down the track count from the previous two works (16 and 18) to a crisper twelve. The effect is that they now trade off the past albums’ greater variety (Kenotic especially) for greater substantiation, giving each piece a real opportunity to be fleshed out and see through that dynamic ascendancy. But even reference to variety here is a little superfluous, as both Kenotic and Raising Your Voice were truly great albums in the utmost sense of the word. Any pieces from these albums, when taken in isolation, were pretty but skinny. They had to work together to form that synergistic whole, and when that happened, it formed such a cohesive, free-flowing, and seamless work that it was impossible to nominate favorites from within the batch. This isn’t quite the case with Chasing After Shadows—the majority of the pieces stand firmly and strongly on their own substantive merits, but at the same time the album as a whole loses none of its fluency in totality.

Few artists outside the pure ambient sphere hold this kind of avenue—to be able to engage their work in one fluid motion. On Chasing After Shadows, differentiation is minimal at the beginning, but  it gradually unfolds after each sitting to reveal all its astounding layers. And when one is in the midst of experiencing this, here or on any other Hammock record, each subsequent listen is motivated by the need to emotionally absorb the luscious sounds and introspective themes that pervade the music, not to dissect its technical inner workings, as impressive as they may be.  The fact that Hammock also always fills out the disc capacity is another contributor to this strength. Though probably counterintuitive to anyone abiding by the whole “quality-over-quantity” mantra, the ostensibly perpetual duration of these albums pushes it into a sort of continuum that blurs all real distinctive boundaries.

Formulas are something often perceived with disdain in music, such that when an artist sticks to one, things will tend to go awry. Hammock, on the other hand, has somehow circumvented this rule. Byrd and Thompson stick within the arguable bounds of what constitutes a formula, but they have also fortuitously discovered something else about their particular brand of ambient swirls, something of an enigma that keeps their work so addictively crafted and utterly cohesive that, formula or not, they rarely misfire. Right now, it might be too soon to see where Chasing After Shadows… Living With the Ghosts will be remembered in the context of an extraordinary discography, but if one thing is certain, it’s that it will never be forgotten.