Aughra & Mosh Patrol
Is There Anyone Else Outside? 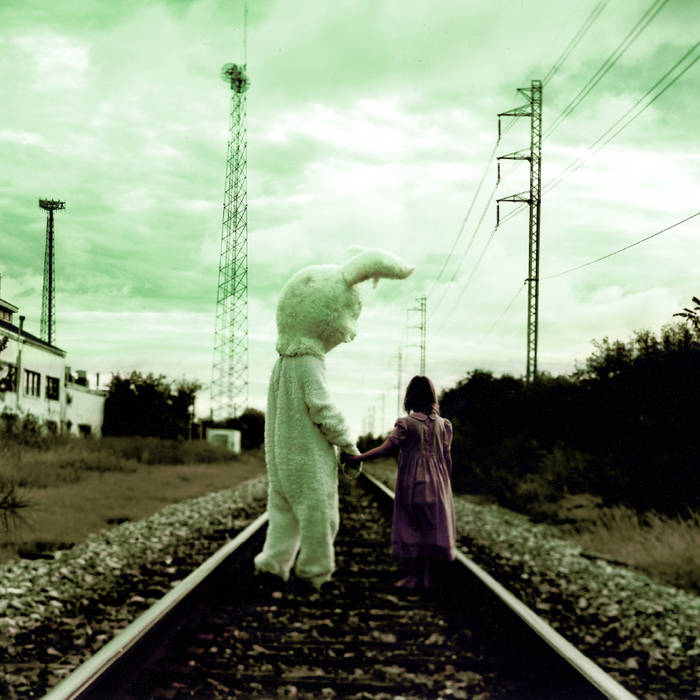 Electronic side projects are certainly a fad among post-rock musicians. Yndi Halda’s James Vella has A Lily, Laura’s Andrew Yardly has Retail Fireworks, and I’m positive there are a plethora of obvious examples I’ve missed in between. Aughra is the solo project of Brett Eyestone, frontman of heavy rockers Forensics. Mosh Patrol is a side project of Chris King, one quarter of Texan instrumental crew, This Will Destroy You. Is There Anyone Else Outside? is their split CD released on Magic Bullet, the label owned by Eyestone, and from what I’ve gathered listening to this record, both Aughra and Mosh Patrol seem to steer pretty clear stylistically from the two musicians’ parent bands.

From my initial listen, this record seemed like a series of experiments with sounds, dominated by extensive drones, feedback and reverb. I suppose it’s what pretty much <i>all</i> ambient music sounds like when paid minimal attention, which is partly the point. Ambient music seems to cater for a different kind of musical yearning. Emotions are rarely, if ever, released through catharsis, but rather through tranquility and reflection. It’s not something you sit and focus on, and consciously interpret; it’s something you lay back and absorb passively, much like a cinematic score.

Is There Anyone opens with “Always Oversleeps”, a soothing chain of ambient noises and guitar feedback that serves as the introduction. Incidentally, the title of the track is surprisingly apt in describing the soporific collection of pieces to follow. “Dog Years” is ushered in by a looped phrase of slow, melancholic piano before it is layered with guitar, which too is eventually usurped by ominous percussion. The piano returns for a juxtaposed effect, which somewhat validates its mismatched opening, but a pity this only lasted 30 or so seconds.

“A Bluff Carried More Resolutely Through to the Final Limit” is the record’s lengthiest track, at six minutes, which isn’t in fact that lengthy for these types of works. It draws us closest to the staple ambient outfits like Stars of the Lid and Windy & Carl. Like the works that dominate these artists’ repertoires, “Bluff” is simply a series of extended notes that create an enveloping atmospheric wall of reverb and noise, complete with seagull-like sound effects. The record hits its finest moments towards the end of the piece, when vague signs of a melody are dispersed inside the drones. “Courage & Courtesy” prolongs the ambient mood, and also throws in some samples with muffled but audible dialogue. Incessant cricket chirps provide the piece with its unique sound, layered on top of the soft drones, before a short, superfluous phrase of textbook instrumental interrupts the ending.

The preceding ambient sounds set up an eerie foreboding that makes the clicks and crackles of “I Love You, Please Come Back” and “Paper Airplanes” seem inevitable. Like what “Bluff” did for the ambient movement, these pieces provide an answer to intelligent dance musicians, &Agrave; la M&uacute;m, Four Tet, Boards of Canada, as well as contemporaries like the aforementioned A Lily. The record’s finales, “I’m Going to Sleep it”, which segues into “Leave the Lights On”, is a gorgeous, nostalgic exploration of delicate sounds, bringing to mind Efterklang’s Tripper. It was disappointing that even together, the two pieces seemed too short, and left many open ends that could’ve been taken much further.

Is There Anyone Else Outside? stays well within the boundaries of formula. Nevertheless, despite my initial temptation to dismiss it, I gave it the opportunity of multiple listens, and it revealed beneath a load of protracted noise what happened to be quite a pleasant listen. No ground is broken, but then again, since when were split albums supposed to?