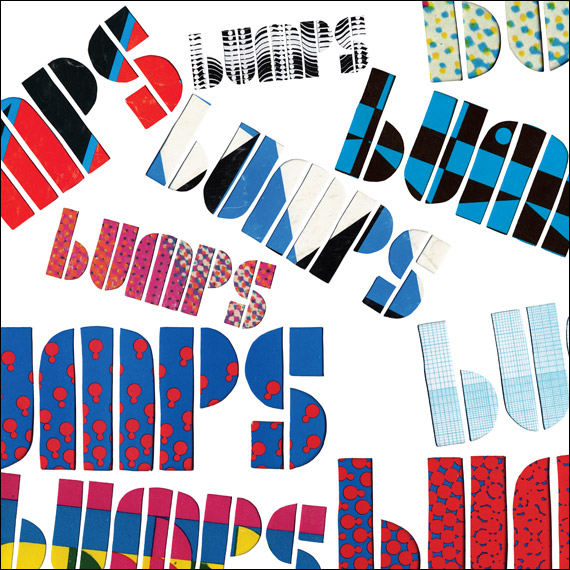 The opening to “Seneca”, from Tortoise’s masterful 2001 release Standards, is loud, chaotic and messy. Whilst the guitars are quite vivid and melodic, it’s the vigorous assault of the dual drum kits which drive the chaos to the point of memorable. I remember a clip of one of Tortoise’s live performances of “Seneca” on Youtube which involved one of the drummers beating at the crash symbol so hard that it falls off its stand, only to continue to be viciously battered while lying there on the ground, probably extra hard to make up for the lack of resonance. Compositionally, I’m not too sure how it works. I think one drummer has to maintain some sort of a rhythm while the others cut loose and let instinct improvise, but either way, it’s quite a fucking intense experience.

Having spawn more than their fair share of side projects, the Tortoise personnel are at it again, and Bumps sees the drummers—John McEntire, John Herndon and Dan Bitney—enter their own realm of tunes composed entirely by their percussive instrumentation. Beats, Breaks, Raw Drums is a half hour effort comprised of 23 itty bitty “tracks”, or even “samples”, none of which really surpass the two minute mark. The album title is no misnomer: each track demonstrates a different drum beat or pattern which loops itself until the listener catches onto the rhythm. We don’t get a sense of any of that “Seneca” pandemonium here, oh no… these samples are derived straight from the very systematic and organised music school that is drum technique. That’s not to say we aren’t treated to a bit of the unmistakably identical snares and toms that are used as part of the Tortoise instrumentation though.

Like most of solo rhythm instrumentation, Bumps doesn’t feel like a serious musical project, but rather a novel experiment to see how far and how finely these three can tune their ability. Bits of melody and synthesiser, while scarce, sneak in here and there to keep it from becoming a prolonged drum jamming session, but it’s still washed over with that sense of novelty. Especially for a Tortoise enthusiast, you get a sense that it’s almost like a compilation of drum solos from the records to date, which as much as I adore, I still prefer in the context of other instruments.

I’ve proclaimed on more than one occasionally that I’m not the most musically savvy person, putting me in a less-than-qualified position to judge. As a display of technique aimed at other percussive musicians who would be more inclined to appreciate the beats, BBRD is worth a look, but for your average joe listener like yours truly, unless you’re in the mood to involuntarily bounce around a bit, it’s not really essential listening.