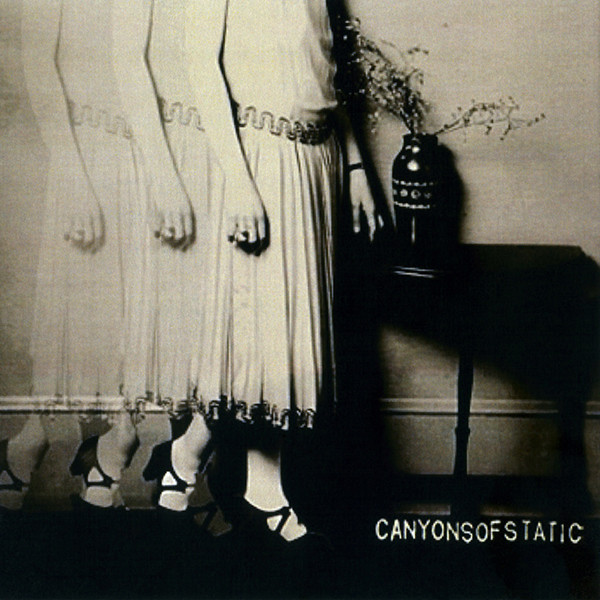 Canyons of Static sounds like it got its band name from one of the seminal works of Godspeed You! Black Emperor. I guess, in a way, that is kind of apt for the band, as the music is all about allusions and influences. Each of the pieces allude so strongly to one certain aspect of post-rock, which isn’t to say that they are a poor quality imitations, but they do carry the traits aesthetically.

That’s not to say that those bands themselves didn’t borrow sounds from other, and I guess you can’t fault any music in general for sounding like other music because, like they said on The Simpsons, “If it weren’t for someone plagiarizing the Honeymooners, we wouldn’t have the Flintstones.”

Rather, it comes down to the opinion of whether or not this whole intertextualised network actually works.

It opens beautifully with “Floe.”, a piece that alludes to the softer end of the post-rock spectrum, with bands like Montana’s This is a Process of a Still Life. At least that’s how it begins. The piece, within span of about three minutes, fairly tight by post-rock standards, sees itself adding more layers to create a very dense resonance.

“In Transit” has a bit of God is an Astronaut in the mix. “Shells and Shrapnel” sounds unbelievably like Loss of a Child.

If Canyons of Static were an example, I say it does. And it does so beautifully.

are pieces that make you wonder if this is Canyons of Static at all. The sounds are so painfully familiar that, much like the band’s name, you forget that this is its own band.

Listening to it, the pieces felt much longer than they actually turned out to be. I was in fact surprised when, browsing through the tracks, I saw that the longest piece was ten minutes. Now usually when one says something feels longer than it actually is, there is a connotation of boredom, but this was precisely not what was what I felt listening to this album.

The wave of post-rock bands emerging can almost be modeled on an exponential scale. The task of creating music that isn’t so easy to instantaneously attribute to well established sub-styles of post-rock is a step closer to making . Consequently, the task of standing out is becoming more and more difficult as the grounds for wider exploration thin out, and the task creating something novel and extravagant is slowing diminishing.