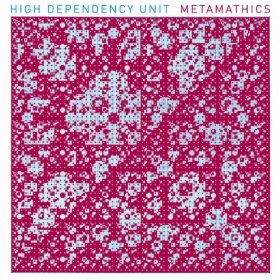 “Supermodel” serves as the launching pad; an abrasive, noise-saturated display of fret abuse, oozing with distortion and backed by vocals not unlike the earlier hits of Sonic Youth. “Grace” is a far more wistful and melodic, though still bathed in noise, a real stark departure from the preceding track. “Tunguska” takes the tempo yet another notch lower as we cruise into what feels a bit like the love child of Sigur Rós and Bowery Electric. The epic “National Grid” sees the band throwing off all lingering signs of structure and formation for an orgy of wailing waves of sinusoidal noise, not unlike the delay experimentation of folksy psychedelic project Six Organs of Admittance, in its delivery. Filled to the brim with noise, the piece trades in any sign of percussive structure with a slow, brooding noise which in no way has one picking it out as a companion to the opener. The opening few pieces which together form their own sort of track-by-track diminuendo, we reach the penultimate “Irma Vep,” an upbeat catharsis with form resembling a soundtrack to a car chase. The noise-free piano and acoustic guitar postscript, “Wish We Were Here,” further removes the intentions of Metamathics from any vague decipherability that may have existed earlier.

After a few quick punches on Google, the term metamathics for the curious is the abbreviated form of the word metamathematics, which according to Princeton Wordweb is the “logical analysis of mathematical reasoning.” It’s questionable about how much logic there is the works High Dependency Unit, with their far-reaching stylistic foci feeling like they’re part of the way through a maturing process, hanging onto tattered shreds of the past because they’re not quite ready to forfeit their original identity. Modelled similarly to the diminuendo-shaped structure the far more aptly titled Fire Works, the similarities end at Metamathics’ primary interest in perpetuating a less aggressive and more introspective texturing of the guitar-work to build the bulk of the album. With the exception of the fiery opener and the Kinski-esque “Irma Vep”, there is an ambitious departure in main body that oriented on a more tranquil and even ambient disposition, unmistakable on a piece like “The National Grid”.

The tad lack of fluidity between incongruent tracks disallows cohesive transitioning and makes it hard to detect where the focus is on Metamathics. This is probably the only element that stops this album from being a true crowning achievement in the repertoire of the Kiwi trio. All that aside, this longplayer still manages to compile some quality pieces. Standalone, each exhibits some kind of compelling aesthetic that keeps the band relatively grounded in the trends during their seven-year absence, and dare I say their conspicuous shift in style is even admirable, if not any other reason than it validates the outfit’s capability and appreciation for a finer developed sound.