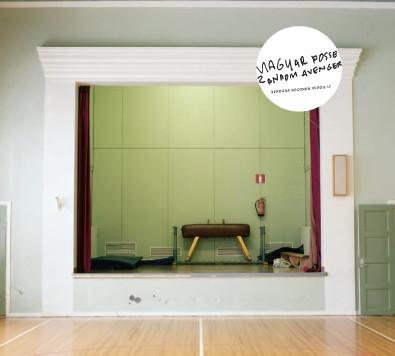 Finnish outfit Magyar Posse’s latest offering, Random Avenger, follow-up to 2004’s Kings of Time, sports the characteristics of a would-be soundtrack for a Middle Eastern period piece. This time around, the Finns strip the pieces of any tacky noise, stray further away from any Godspeed You!-esque climaxes, and also shed some of the eeriness to liven up the incredibly sinister mood that dominated Kings and made it a depressing (albeit beautifully arranged) listen.

The Finns’ musical style on Avenger is something impossible to describe without the mention of that despicable word: fusion. There’s a somewhat lack of charm in envisaging two mismatched objects being crammed to fit together, which is what fusion has always connoted for me. Magyar’s trenchant blend of non-Western, chivalric instrumental and epic post-rock, however, is actually totally endearing, and almost effective to the point where it has forced me to reevaluate my thoughts on fusion altogether.

Opening strongly with “Whirlpool of Terror and Tension”, the band hammers out a part-Gothic, part-Middle Eastern melody backed by Tortoise-esque riffs. The organ sounds employed on several tracks, in particular “Popzag”, also add a new texture previously unexplored on Kings. There are glimpses on “Sudden Death” where the band flirt with a familiar post-rock sound, enough to remind us that the genre hasn’t totally been usurped, while still doing well to avoid the formulaic. It’s admirable to see that another post-rock band hasn’t forced itself into the overcrowding Mogwai/Explosions camp, and is instead exploring the fertile soil left by bands like Tortoise.

The closest thing to a problem I can find on the record is that some of the tracks (“Sudden Death”, “European Lover” and “Intercontinental Hustle”) all seem to follow the exact same structure – catchy riff repeated over and over backed by a gradually building instrumental set. This isn’t necessarily a criticism in the case of Avenger, because unlike most other bands which dwell on one set song structure and duplicate it for every other song they subsequently write, Magyar’s single structure feels more like a device which unifies the record, rather than something that promotes drab and indistinguishable repetition.

There is a coating of medieval sounds I find so explicitly evident on Avenger that I can almost see them adopting chivalric outfits as part of their image akin to pirate-themed indie pop crew, the Decemberists. This, however, is far from advocacy for the theming of bands, despite my belief that it would’ve been totally apt for the style of music offered on this record. What I mean to say is the fact that they combine the creation of these sounds with a modest, and dare I say, normal band image, only further enhances their uniqueness, and also in a way reinforces post-rock music’s refusal to conform to a certain musical culture doctrine.