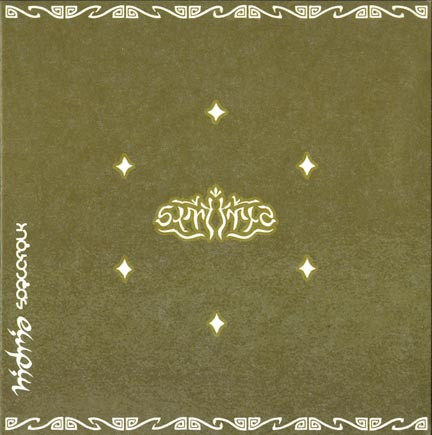 Some records have no other purpose but to try to make you want to move. This veteran Finnish progressive rock crew, Hidria Spacefolk, are self-contained within their name. If one were ever abducted by Finnish aliens (how extraterrestrial life has Earthling nationality, I don’t know), this is probably what we’d hear on the spaceship. Well aware that that description is probably taking it a step too far, the psychedelic mind-warping electronic-meets-rock sounds on this record offer a fine perspective on what ‘dance’ music is per se. To say that the sounds are sci-fi would be understating the funky electronic edge generated by the band’s rock instrumentation—it’s in the vein of Mad Max, or even John Carpenter’s cyperpunk masterpiece Escape from New York.

The songs all seem to hold onto their own distinct flavour. The majority of the tracks are generally are space rock hooked on a danceability via prog power chords. “Symetria” opens in a hallucinatory fashion and evolves into a thumping piece of prog rock. Seek lethargy and you will not find. “Future Ixiom” prolongs the rich science fiction overtones, the word “future” thrown in almost like an anchor. “Flora/fauna” is less aggressive and surprisingly tamer, with the accordion delivering an almost folk-influenced melody before the band’s prog instincts take over. “Radien” and closer “Sine” are what would most likely be heard in a gypsy’s waiting room in Los Angeles circa Blade Runner era.

Symetria is an accessible serving for non-prog fans, but this somewhat works against it in many ways. What results is a slightly stale, overproduced record that doesn’t tread in any particularly memorable territory. Length-wise, the pieces are also very drawn out, with nothing shorter than six minutes. Length is never an issue as long as the aesthetics of the composition justify it, but in this case the melodics lack interest and ultimately took a toll on my patience. True, Hidria are highly refined in sporting an impressive array of instruments, including didgeridoos, jaw harps and accordions, and there seems to be seldom a dull moment with what seems to be an ample supply of energy, but amongst it all I didn’t feel any substance to it.