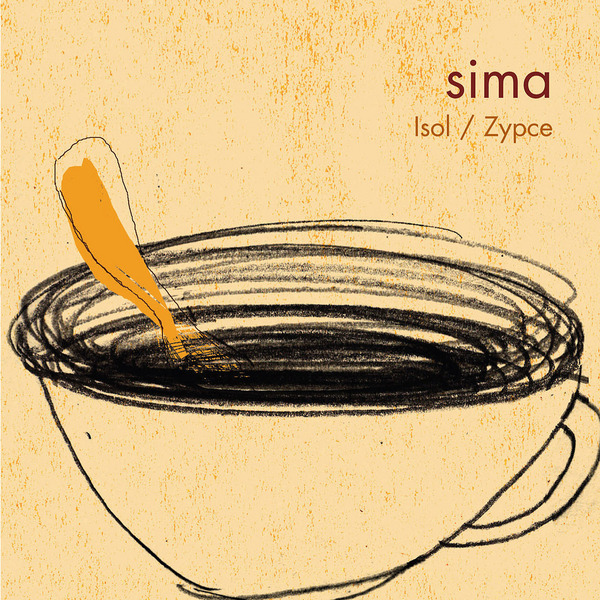 I’ve always admired musicians who stay true to their native tongue in music, refusing to pander to the vast English language inclined nature of popular music where awkward translation loses the effective of lyrical content. The inability to understand the lyrics has its little perks, in that now we can enjoy the instrumentalised nature of the vocals (see: Sigur Rós) and perhaps pay more focus to the aesthetics of delivery rather than poetry—something with which our own language would serve as a distraction. What a truism it is, then, when one describes music as a force that transcends language barriers, an alternative way for us to circumvent the agenda often pushed by lyrics while still enjoying the harmonic and melodic leeway of vocals.

Sima is the longplayer debut from an Argentine brother-sister duo of Isol, a singer, songwriter, composer and illustrator amongst other vast credentials in a handful of past projects, and her brother, Zypce, the hands behind the instrumental side of things. The idea of vocals in Rioplatense Spanish, then, certainly sounds appealing (at least to me, my case established earlier). The trills of the Spanish language and especially its Latin American variations are often already so rhythmically uttered that it seems to contain an inherent musical nature. Unfortunately, this still only accounts for part of the compositional equation, and can readily be counteracted if the basic elements aren’t right.

Opening number “La Primera Vez” has the innocent, delicate, albeit clichéd ornamental sounds of the music box, jingling and providing the suitable complement to Isol’s soft child-like vocals; the gentle, understated accentuation a clear comparison to múm. “Romance Fatal,” with its soaring bagpipes (or bagpipe-like sounding instrument) and the Isol’s soft falsetto, done up with an elegant generated beat to give it that exotic touch. Third number “La Culpa” was the dreaded precursor to the trajectory I had a feeling Sima would be headed for: exaggerated experimentalism, something that more often ruins a promising record than gives it a bold and courageous appearance that it strives for.

The record’s shifts in tone with the gradually more bizarre sounds thrown in really turn it into a hit-or-miss affair with each successive track. “Mi Formula Para Llorar,” is probably one of the more successful examples, which is not to say much because some of the chosen abrasive samples are questionable, even as an intentional contrast to the vocals, the one consistent motif throughout the record. “Tal Vez Mejor,” a track opening with yet another musical cliché of rain, incorporates the poignant bows of the fiddle. The track slowly evolves in a more lounge-on-acid type ambient electro piece. The most tragic number “La Calandria” sees itself fucked by a single poorly chosen sampled guitar riff that produces a spontaneous a moment of disharmonious chaos, one that is very much an intentional and rather silly sabotage of semi-decently constructed set of rhythms for whatever mysterious purpose.

“Palabritas Flojas” and “Si De Verdad” takes the album back to the single motif that, though would not have done it any favours for originality, would’ve served it far better to retain cohesion than the mess it has opted for, with samples of harps and other calming sounds. “Doppelganger” is an eerie piece that serves as one of the album’s focused tracks when considering a potential uniform thematic styling for Sima. “Vos Me Llamas” steps up the pace and the vocalist switches to a more spoken kind of singing as Isol flirts with dance, crammed in with no real purpose but a token addition, and “El Dia Llego” wraps up Sima in a very modest manner, and serves pretty well as the summation of the album’s net output of mediocrity.

Sima is a little too adventurous at its own peril, trying to validate the presence of very bizarre and jarring effects that may have worked had they been subtle and understated rather than sensational and dominating. It is a real shame that an opening with so much promise ends up rooting itself in overly ambitious experiments with glitched up non-euphonic sounds, making parts of it really quite dreadful. But removing this factor leaves a record that does have its moments, with pieces such as “Romance Fatal” worthy of early mum or Tujiko Noriko. It’s a courageous sentiment that Isol and Zypce are striving to challenge the listener, but the flaws in Sima are a reminder of just how risky that is.