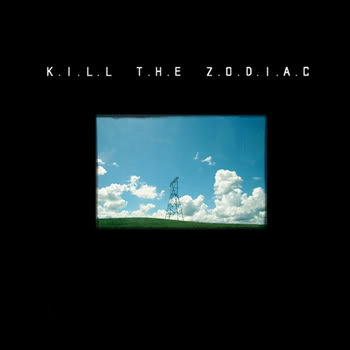 I love Google. I mean, who can resist that plain, uncluttered homepage? The fact that it’s found a place in the Oxford English Dictionary says enough of its cultural impact. I also love my iPod. That thing certainly did favours for Apple Computer, didn’t it? And what about IKEA furniture. I’m like Edward Norton in Fight Club whenever I get my hands on a catalogue, buying up as much useless shit as I can get my hands on. What do these things have in common? And moreover, what are they doing in a music review? Well, success-wise, these enterprises have all reaped fucking billions—deservedly no doubt. The other similarity is that they were all designed with one thing in mind: simplicity.

What is it about minimalism that’s so effective, not to mention lucrative, in whatever it is it’s used for? That bit is self-explanatory. Could I say the same about minimalism in art? In music? Now, I know that’s hardly fair to fabricate a connection between items based on practicality with items based on creativity, but in this case, look at music as something practical. Something we need, something we “use” every day. (Yes, I realise iPods are for listening to music—there are holes in my logic. Besides, they can store phone numbers can’t they?). Bear with me and think of “minimalist” music in the same beneficial, positive sense as you would with Google, iPods and IKEA. Now, not everything that’s stripped to a minimum is necessarily good, but what unites Google, the iPod, and IKEA is that they satisfy their roles (very fucking well I might add) while sparing the effort. That said, music that can fulfil its role, providing whatever emotional response we yearn for when listening, and doing it simply, sparingly, minimally (and I’m not just referring to “minimalist” music per se, but any music really that doesn’t complicate itself) somehow should garner the same sort of approval. This very much sums up why Kill the Zodiac‘s EP works; not because of what’s there, but because of what’s not.

Kill the Zodiac is the brainchild of 16 year-old Adam Fulton from Hamilton in New Zealand. That’s pretty much all that I’ve managed to extract from both their (his) official website and myspace, which are both free of any biographical content (the need to be all elusive and mysterious is getting a little old). Fulton focuses largely on slow, brooding melancholia, stripped to a bare minimum: think perhaps a distorted July Skies or 1 Mile North. They are one part like their Australian neighbours This is Your Captain Speaking, in its simplicity and slow progression, and another part Because of Ghosts, in their sparse, broken composition. But this music is highly minimal, even for those groups—there no excessive sounds, no bits of decorative glockenspiel to make the music warm and fuzzier, just the echoing of guitar, bass and drums. There are several highlights from the record: “Crown Guy” is a piece that exemplifies a solid piece of slowcore post-rock. The distortion and simplicity provide a very melancholic poignancy, backboned by the percussion that comes in. “We Breathe From The Same Mask” reminded me of Mogwai’s “Moses? I Amn’t”, in its disturbingly consistent pace, and Tarentel’s “Steede Bonnet” in its attempt to be so expansive yet remain so quiet.

For such a young lad, Fulton certainly knows how to instill maturity into the composition and arrangement of his pieces. He does occasionally tip-toe between what’s artistically “minimal” and what simply lacks sophistication. But with anti-complexity coming attached as a label in dealing with minimalism, it’s harder to separate sounds that evoke a genuine sense of artistic integrity from those that are contrived and minimal for the sake eschewing complex compositions. The only way left to judge is through the record’s emotional value, and Kill the Zodiac does that finely. Tweak a few notes here and there and you’ve basically got music that will provide a pulse for any late night.
7.5/10