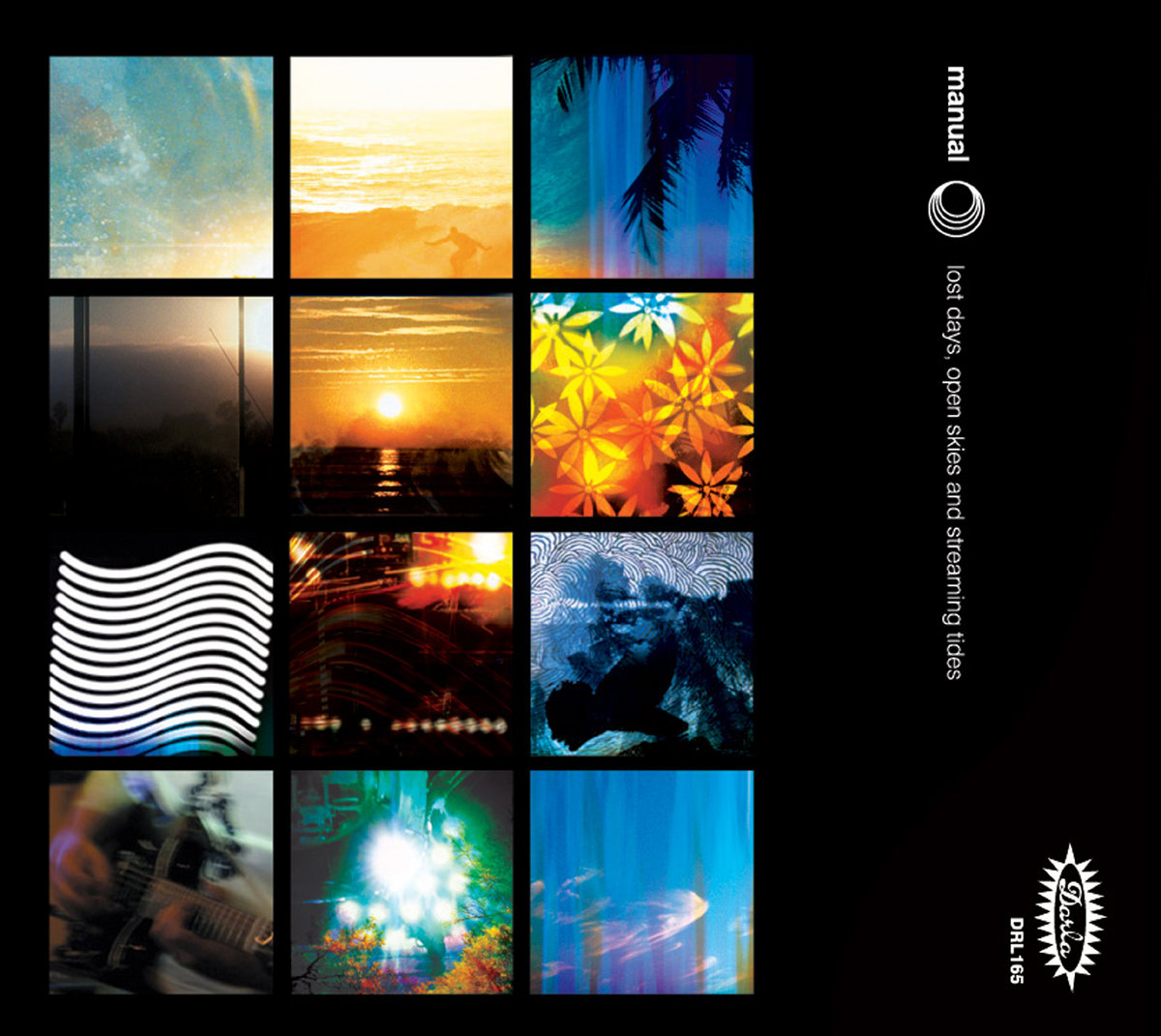 Ambient electronic artists seem to always be emphatic on vast and breathtaking imagery. What better region to originate from than the geographically rich of Scandinavia. While I do realise that Norway has arguably the sexiest fjords of all the Kingdoms, Odense, Denmark native Jonas Munk, better known as Manual, challenges the geographical landscape with his expansive ambient electronic music, devouring the physical landscape and transforming it into epic, reverb-soaked, sonically rich pieces. Lost Days, Open Skies and Streaming Tides collects a series of Munk’s previously unreleased material Spanning over two CDs, totalling just shy of two hours, including remixes (coyly referred to as “reworks”) compilation pieces and unreleased material.

Whilst the pieces seem like they were never intended to be put together, the pensive emotional content of the each piece holds it together as though they were, which I suppose is easy for ambient music. Highlights do linger thereabouts throughout: the Manual efforts on Blue Skied an’ Clear, a Slowdive tribute album released by Morr Music artists, are incredible inclusions. Munk’s gorgeous cover of the title track is faithful and poignant, but it’s “Summer Haze”, a piece inspired rather than written by Slowdive, that sinks in desirably. The hook lies in the poignant acoustic guitar melodies that coalesce gently with the echoing laptop-generated beats, which gathers enormous emotional momentum as it progresses. That, and “A Real America”, a haunting reworking of a piece by elusive Adelaide three-piece Suvome, also demonstrate Munk’s intoxicating use of brooding female vocals, almost worthy of Elizabeth Fraser.

I segue right into “Marbella” via Cocteau Twin-personnel, a lavish piece mixed and co-produced by Robin Guthrie, who makes damn well sure that his presence is felt through the distinctive echoes of guitar and oddly familiar percussion à la his solo work. “Karola Bloch”, a Port-Royal reworking, has a cinematic feel, albeit 80s B-grade cinematic, but cinematic no less, and having had my romances with the wonderful world of 80s B-grade cinema, left a soft spot in me that embraced it lovingly. Incidentally, disc one’s closing crack, “Crockett’s Theme”, Munk’s interpretation of the Miami Vice theme, is an equally endearing and intentional reiteration of 80s theme music.

The epic opener for the second disc, “The River”, running for approximately 23 minutes, is almost the quintessential piece of droning electronic-based ambient piece of music: drowsy, monotonous, dreamy and very, very fucking long. The rest of the second disc follows, all unreleased tracks but two from Little Darla compilations, more or less continue the same prolonged fluctuant monotone pattern, which would make apt inclusions on introspective soundtracks.

Much like Nashville-base and fellow Darla duo Hammock, the ubiquitous drone that inevitably sweeps the entirety of Lost Days works favourably in creating an effortlessly cohesive record. The pieces seem to ooze into one another seamlessly. Whilst it has its moments, ultimately you can’t expect a compilation of unreleased material (surely there are reasons why they were unreleased to begin with, right?) to break ground, so instead I’m judging it based on its merits as a rarities compilation. In perpetuating the stereotype of music that would usually accompany the gorgeous scenic cinematography appliance stores usually have looped on plasma televisions, it does so in exceptional fashion, and Munk’s capability is done justice after such a prolific career thus far.