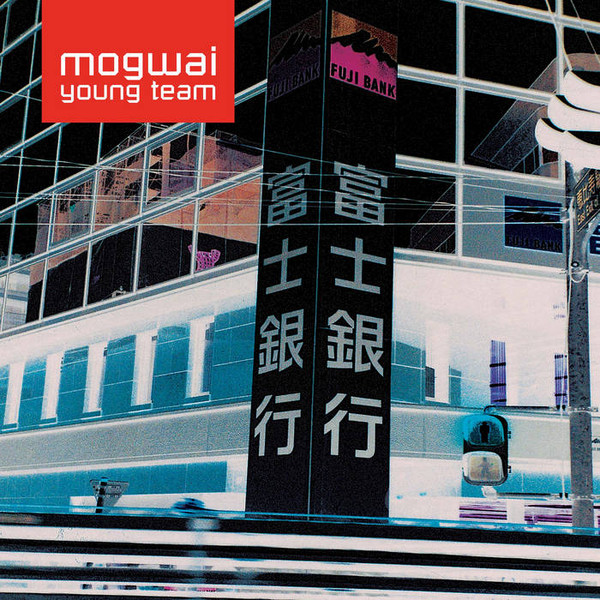 “Cause this music can put a human being in a trance like state and deprive it for the sneaking feeling of existing. ‘Cause music is bigger than words and wider than pictures. If someone said that Mogwai are the stars, I would not object. If the stars had a sound, it would sound like this…”

A couple of young Glaswegian lads likening themselves to giant galactic bodies very much sums up the ambition of Young Team (officially Mogwai Young Team), ominously foreshadowing a career cloaked in glorification. The recent release of the underwhelming sixth studio album, The Hawk is Howling, we take a retrospective look at the debut effort that made their legendary status imminent. Eleven years since Mogwai released this cracker of a debut on Chemikal Underground, Young Team returns the way any classic re-release should: remastered on the same label, nicely packaged with a pretty cover and a bonus disc full of good rare shit.

The one thing comparable in size to Mogwai’s sound is their ego. As a live band, they rarely utter a word, carrying on their performance as though it were a chore. Their apparent dissatisfaction easily interpreted as some kind of superiority complex, with one reviewer describing it as like seeing a band “riding a bike one-handed, because they could.” From their scarce engagement with between-song banter, to their vehement, unreserved rejection of the “post-rock” label (though they are not the only ones), drolly described by them as “a beer after the gig,” this fear of the pigeonhole implies that ego mechanism at work. You also can’t forget their don’t-give-a-fuck song titles, very much with beginnings on Young Team, which have always confused me as to whether they’re simply arbitrary by virtue of an instrumental setting, or a conscious attempt to obscure proper meaning to relay focus on the music. Yes, the music, let’s not forget the music of Young Team. The sheer expansive exploitation of the sonic space very much crafted what later became ‘epic’ scores in their timely progression, continually layering every bit of rhythmic and guitar generated sound possible in ways that would later form the foundation for their successive works and the ripple effect on so many other acts.

So we begin. Though we mustn’t forget the quasi-egomaniacal speech that sets into motion this journey of sorts, “Yes, I Am a Long Way From Home” is certainly, by comparison, a humble opening, gently and calmly escalating its level dynamics up a gradual slope without compromising the piece’s melodic optimism. The next piece, “Like Herod,” pulls a 180. Not to torture the analogy, but this is very much the point where midnight has past and the feeding begins. Oozing with aggression and volatility, “Like Herod” is the most explicit and literal example of the dynamic contrast, the seductive and overwhelmingly catharsis could see it as this era’s Symphony No. 94.

“Katrien” soaks up the residual aggression with the eerie dialogue and similar ominous build, and then we reach the introspective stage. Short piano number “Radar Maker” transitions us to the mid-anticlimax of “Tracy,” re-establishing the mode of Young Team’s aesthetic ambition. The recurring sombre melody and lazy drumming evokes the earlier grunge movement, albeit without words except for those spoken by a Scotsman. The wails and feedback elongated towards the end of the track partnering the dialogue has the same effect as the ambient sounds lulling us into a nostalgic trance. “Tracy” moves to the brief but satisfying “Summer [Priority Version]” (a shorter reworking of a piece from Ten Rapid) via a brief sinusoidal gyration of “With Portfolio.”

Penultimate main piece, “R U Still In 2 It?” turns the dials back to wistful introspection, wallowing in its ironic title and soft accompanying lyrics. Without discounting its standalone poignancy, the piece is also an essential foundation to set up, with a brief interlude from ditty “A Cheery Wave from Stranded Youngsters,” what is arguably the main event: “Mogwai Fear Satan.” The complete, unyielding, unrelenting, raw, fervent and utter epitome of the word ‘epic’, this sixteen minute dosage of class A ecstasy is flawlessly structured, thrillingly paced, continuously evolving and never intimidated by its length. I cannot do this piece any justice by trying to describe the inherent narrative that drives it throughout its sixteen minute existence, but the astonishing command that Mogwai has over the dynamics allow such a maximised effect of the quiet-loud device that it transcends gimmick status and becomes entity that also fine-tunes every tiny bit of abstract emotional being.

The bonus disc accompanying the original album is really just there so the die-hards don’t feel short-changed buying an album they more than likely already own. After all, more Mogwai couldn’t hurt right? The first part showcases four previously (understandably) unreleased ditties; respectable perhaps as underdeveloped works in progress, but nothing to write home about by Mogwai standards. The second half of the bonus disc contains live versions of “Katrien”, “R U Still Into It”, “Herod”, “Summer” and a very condensed “Satan.” All the pieces more or less humour the code of live rendition (with a few unflattering flaws in recording), but there is certainly nothing to favour them over their studio-recorded counterparts (unlike Government Commissions’ version of “New Paths to Helicon, Pt. 1”).

Mogwai Young Team is a condensation of epic sounds in collected deliveries, discriminating in their melodies, volatile in their seemingly calm exteriors with a temperament can be modelled by a sine wave (not to pun a piece from Rock Action), capable of fluctuating between the two extremes in dynamics. This is one of the most enduring albums of its generation, and to my mind certainly the group’s magnum opus (Come On Die Young, you say? I say: fuck you.) It is one of the main reasons why, despite our impressions of their conceited attitude, Mogwai are still very much gods rather than pricks. It’s not against popular belief that their ego is the main reason why Mogwai are brilliant at what they do—any hint of modesty or trepidation would cause the empowering aggression to collapse. The opening dialogue serves as an indication that they’re willing to put their money where their mouth is, a gamble reminding declaring “we’re the best,” with the subsequent magic of Young Team as the “here’s why.” Even with a low tolerance for the class of people with their heads up their own arses, I can safely say that Mogwai have earned their place there, one of the few bands to do so.