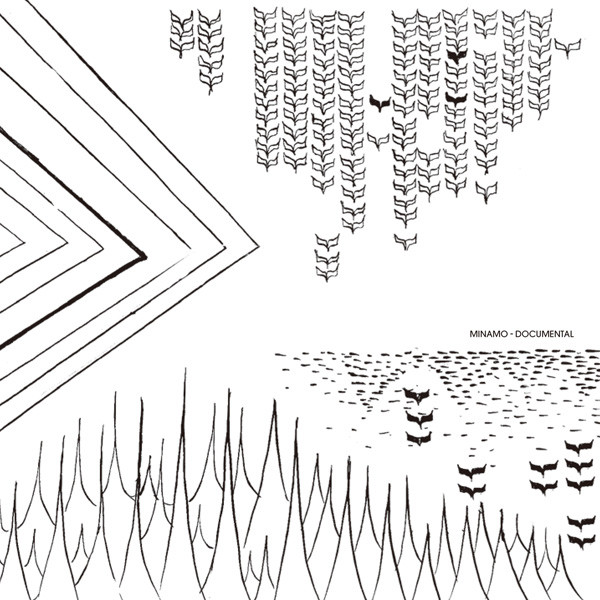 For a collective that have been around and kicking for well over a decade, Minamo have done well to slip under the radar. The Tokyo natives, considering the modest litter of releases backing them across several experimental labels, have inevitably and appropriately traipsed into the the realm of Brisbane-based Room40 to house their latest release. Following a charming collaboration with prominent sound artist Lawrence English (the head of Room40 who also had a hand in the production) entitled A Path Less Travelled, the four-piece continue to demonstrate their stylistic inclination for textural improvisation and fragmented sound art on Documental.

The improvisational process is one that generally treads the fine line between literacy and discordance. Unfortunately, on this record, it turns into more of a curse than a blessing. While Minamo sport all the right apparatus, compositionally and performatively, the execution isn’t particularly striking. The electroacoustic lilts layered over harmonic tones, the intermittent interjection of fragmented guitar melodies and soft tones serve to simply adorn rather than substantiate the record; a soundscape made to look pretty without really delving into any particular feeling.

Opener “Handbook” sets about this untidy and muddled affair, interjecting an array of sounds which never seem to coalesce properly. Chimes, pipes and other miscellaneous instrumentation are thrown into the fray at certain points, leaving a rather jarring listening experience. “Dusted Shelf”, vastly minimal in its opening bars, combines sparse acoustic guitar chords, piano keys and a backgrounded eerie pitch to deliver again an awkward collection of effects. At various points, Documental tries to kick itself into full gear, but never manages to take a firm hold on the emotional dimension and ultimately leaving the overall sound to wane rather anticlimactically. That said, there are glimpses of promises. “Bound Letters” is the strongest point of the record, retaining a similar compositional structure as the rest of the record but refining and developing the sparse textures to generate some semblance of stylistic and emotional intent.

A Path Less Travelled was a stunning, blissful commingling of ambient sounds, capturing the sensibility responsible for instilling experimental abstractions with emotive resonance; something that seems to have gone missing on this record. The pieces struggle to exhibit those characteristics of sound art that are aesthetically compelling or emotionally enduring. They drift about underwhelmed and aimlessly, eventually subsiding without really any real impact. Sounds are used too sparingly, and then layered and mixed in a manner that isn’t cohesive nor coherent, leading to a lack any real emotional integrity. There is an aptness about the title Documental, suggesting less creative intuition and more so a desire to document various improvisational machinations that resonate little beyond their immediate sounds.