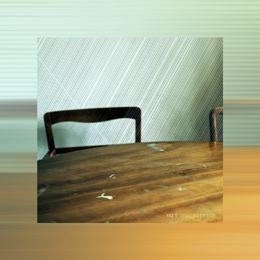 NQ is the alias of Nils Quak, an electronic artist from Cologne, Germany, who like many of his contemporaries wields the potent processing forces in the unlikeliest of musical instruments: the laptop. After a period of label drifting, Quak now resides at Sheffield-based electronica-focused Audiobulb where it hosts his new work, Inscriptions. Quak is partial to the practice of resampling the samples, running processed bits through his laptop and churning them out in new synthesised patterns. Fiddling with layer after layer of computer-processed sonic impressions, Inscriptions sets out to identify and exemplify the many facets of one stylised subset of electronica.

Like fulfilling the main artistic criterion of the electronic artists, Quak places the bulk of his focus on the assemblage and arrangement over authoring melodic creations, leaving an almost improvised finish to the end result. The tones, clicks, whirrs and glitches all assume the starring role on Inscriptions, rendering each piece a simple variation on the matter of how they will be present. The blatant IDM textures generated by Quak make frequent descriptive references to the Warp family inevitable, but somehow Inscriptions struggles to live up to the provocative artistic punch of a Boards of Canada or an Autechre. While a comparison to such giants isn’t particularly fair and perhaps sees Quak out of his depth, it is still suitably indicative of roughly where he is on the radar.

Opener “Sentomin” serves as a good example of Quak lining up a trajectory is that slowly approaching some serious Boards of Canada territory, as does the later “Ferrum Velvet”. “Sometimes I Feet Strange” strings together the clicks and clacks in a more thumping arrangement, while “Silent Receiver” has warm, fluctuant albeit oddly-placed tones that really provide a contrast to the prevalent glitchy effects of the sound work. “And On Some Other Night” carries a steady pace beat that melodically retains the clickity timbre but arranges it into piece befitting of the hip hop spectrum. The remainder of Inscriptions pretty much falls comfortably—perhaps even too comfortably—within the bounds of precedent club-friendly IDM arrangements, with the exception of “Calw” which comes close to setting itself apart to be of higher maturity.

A key gimmick Quak professes about his music is the art of incorporating everyday mundane sounds into a sonically aesthetic context, but somehow these efforts fall a little flat, at best seemingly fascinating and at worst mildly stimulating. The thought of sampling various reappropriated un-music-like sounds is fascinating, but there’s a lingering feeling that Quak may have just a tad overprocessed a lot of these inputs beyond recognition. The samples are lost within the sea of computerised effects, but are lost quite wilfully in the rhythmic presented, with perhaps the closer “Some Times” being the only real discernible delve into the mission statement of sample reappropriation.

Quak occasionally flirts his IDM shenanigans with sound art, but the more accessible, borderline-club beats are never really left out of the picture. In fact, the prominent IDM textural backdrop tend to neglect any real sign of a real intuitive liberated sensibility. Quak appears a little too predisposed with the practical applications of working the samples and refining the sonic constructions that along the way, he loses a chunk of ambient electronica’s connectedness and intuition. While Inscriptions is a fair and versatile effort from Quak in illuminating his skills in piecing together rhythms from effects, it ultimately falls short of being anything artistically remarkable.