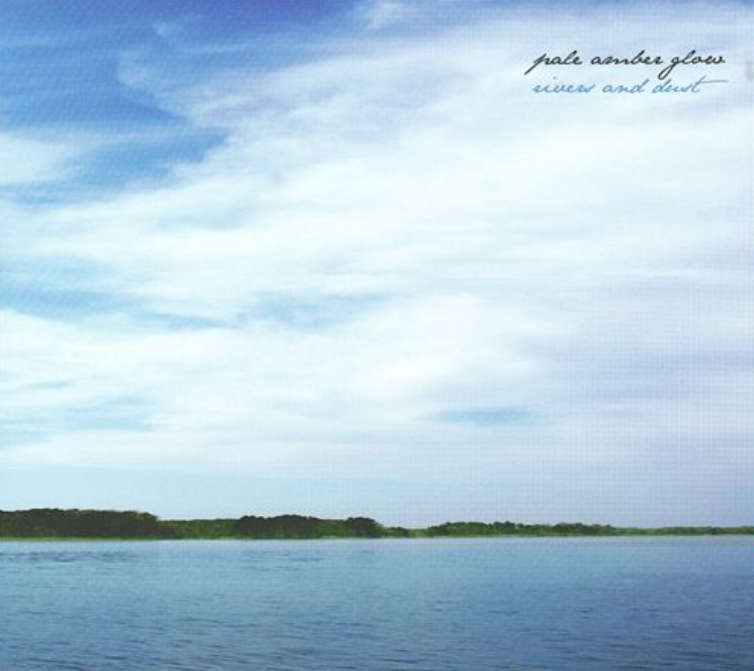 It’s always fun to watch a musician grow, starting from their roots as they dabble with a range of styles in a succession of early releases, trying to find what fits before finally settling comfort-wise for what they feel to be right. It’s like the stock scene from any given generic film where a character emerging from the dressing room over and over in a variety of usually bizarrely outlandish outfit styles, waiting for the thumbs up from the friend-slash-judge who’s planted directly outside. Cheesy cinema analogies aside, the experiment is far more on-the-nose when it’s crammed onto the successive tracks of a single record—thus tells the story of Rivers and Dust, the debut album from Baltimore’s Pale Amber Glow.

After an impressive split EP with Somebody Else’s, brainchild David McQuay takes his instrumental project to follow up with a thirty-minute disc. Opening track “New Leaf” wastes no time, immediately taking hold with a lively adult alt-contemporary fashioned acoustic guitar track before gently layering the other instruments one at a time to augment. The melody is pleasant, but perhaps a bit too safe and inoffensive. Pale Amber Glow ambitiously casts a wide net over the available instrumentation to really augment this track wall-to-wall. The second track, “Reminder”, takes an electronic route with some synthetic beats taking over the percussive role. The synthesised nature of the tones veers it into a pleasant 80s retro fashion with a whiff of shoegazing, reminiscent of the style employed by another retro-heavy artist, Danish indietronic guru, Manual.

“Dialogue” opens with straight plucks of an electric guitar that could almost see itself on an early Explosions in the Sky record, but progressing no further than something straight and minimal likened to the solo guitar projects like, amongst others, Lakes of Russia. “Summer in the Algiers” again returns to the radio-friendly summertime style mid-tempo inoffensive style that does get a bit saccharin after a few seconds. “Uncovered Corners of the Earth” adds in a piano to the same effect and to no real avail. The album closes on the underwhelmingly anticlimactic “Midnight Knives”. which I guess you could say is consistent in continuing a eclectic pattern of song styles. The interplay between guitar strums and the steady pulse of a hi-hat/snare combination and this again is fairly safely tucked away within post-rock territory.

McQuay draws his influences from a variety from places, and tries his best to accommodate each and every one of them in some way, shape or form. Although on paper it may seem like a big admirable task, the resulting focus and ever-important cohesion and totality that makes one an album an album and not a mere compilation songs is lost. Another issue is that, while the pieces standalone are not terrible per se, they don’t hold much more beyond their accessible face value. There’s absolutely no edge to any of the pieces, everything feels watered down to swallowable, saccharin morsels, which would not be out of place in the music credits of a midday travel show or soap opera. For what it’s worth, McQuay is accomplished musically and clearly has a solid compositional capacity, and listening to Rivers and Dust does not necessarily detract from this fact. It’s just too harmless and too safe for me to be able to stand out and really take notice.