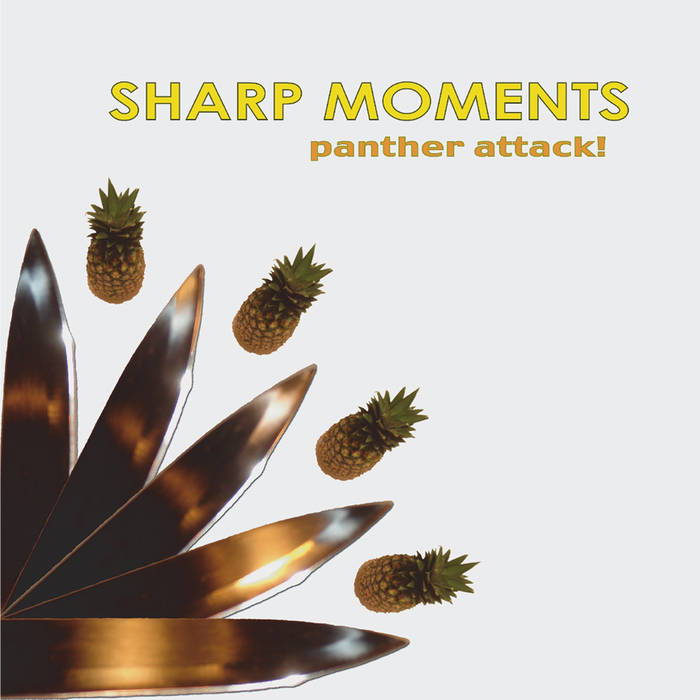 Emotionally stirring music has always been what I considered to be a cop-out when it came to music, particularly instrumental where the often driver of the emotion, the voice, is not present. Although it is very difficult to say that a type of music is “emotionless,” some forms of music can be less emotional than others. Even words like ‘emotion’ and ‘feeling’ themselves have lost their objective definition and have been predisposed to mean romantic, sad and/or poignant. To say that it is “emotionless” would be unfair as it is merely conveying a different kind of emotion. But if I were to do something radical like disregard the subjective notion of how we feel when listening to different types of music, I would say that math rock comes pretty close to being a form of music that leans more towards the objective rather than the subjective; the technical over the aesthetic.

The more dissonant math rock, which is only a very crude classifier of Seattle’s Panther Attack’s music, draws the aesthetics from its technicality. Living up to the definition of “experimental,” in its time shifts, though no longer a real departure from fellow math rock groups, still aid enormously in organising its chaos. Compared to their previous LP, Martyr Bonus, Sharp Moments appears to possess a more back-to-basics take on the math rock aesthetic, corresponding nicely to the condensed nature of the record.

Whether it be something that helps or hinders the math rock aesthetic, the rapid changes within each short time frame makes it difficult to discern where tracks end and begin, ironically using its mass variety of frantic melodies and complex time signatures to form what could easily be one big whole. The first of four tracks, “Beige Blades,” forms that foundation of urgency, establishing with its rough, dissonant chords and crashes that one needs to be alert. The strongest track of the record, “Espionage A Trois,” is a nice little mix of devilishly precise timing in its melodies that continually evolve by virtue of the math rock style. “Water and Metal,” a more restrained but no less driven to along a hasty beat that builds to a lost climax. Though not segued into, the extended play’s epic eight minute closer, “Prometheus,” continues the formula of the preceding tracks in perhaps a more visceral manner, I suppose to live up the awesome name (the Greek mythological Titan).

The title is an appropriate one for this record, and in fact most of the references to sharpness and blades can be attributed strongly to the patches made up of fiery, detached execution thrust at the listener in what is almost the sonic equivalent of a persistent stabbing motion, doing well to (apologies for the tortured metaphors) penetrate the barrier that keeps math rock from seeing the rest of the emotional spectrum. Sharp Moments thus delivers its quick, edgy, volatile riffs with just enough hooks and shifts to keep the mood alive throughout these four ditties, and no doubt is enough to keep one entertained when hungry for a mood that is fast-paced and exciting.