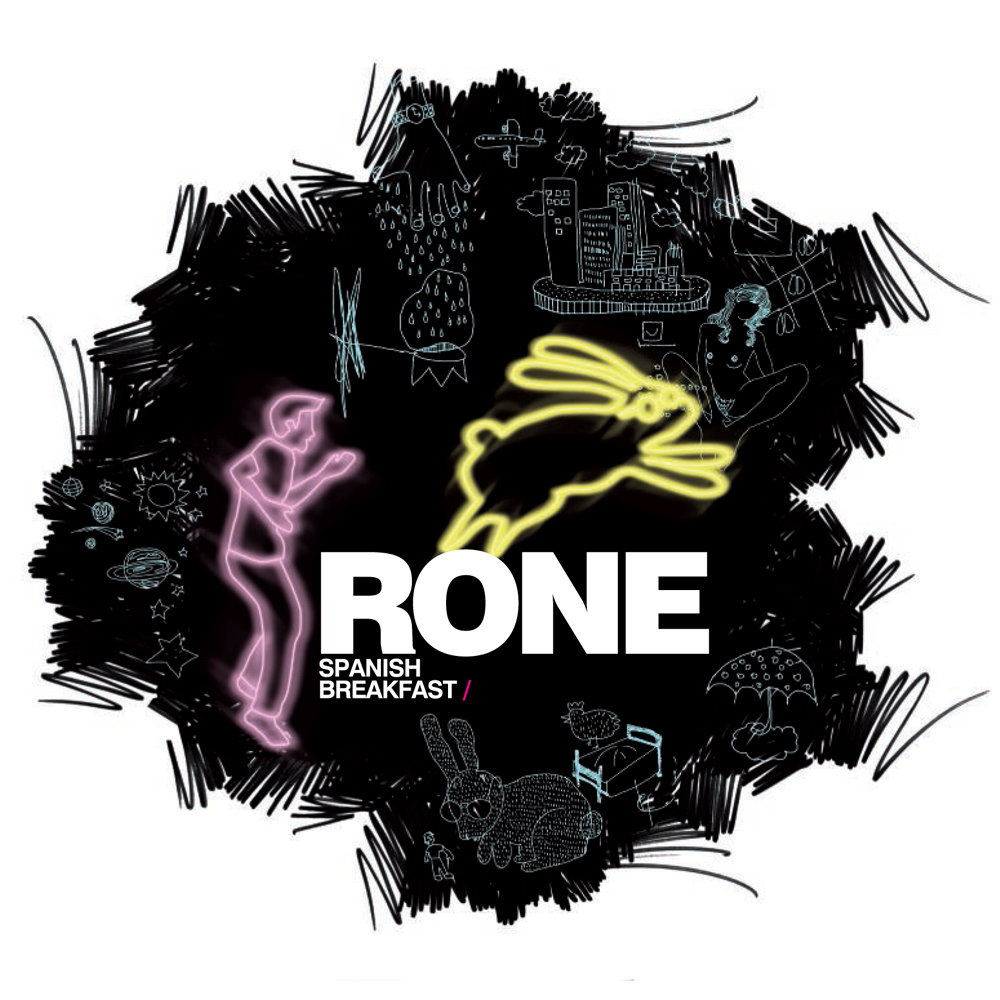 Rone is the moniker of Erwan Castex, French filmmaker-cum-disc-jockey-slash-producer who is on the expressway to making a name for himself in his native Parisian underground electronic scene. Commanding a variety of electronic textures and stylings that he amply demonstrates on an enticing debut, Castex removes himself from the eminent house scene which has become synonymous with French electro to experiment with the other corners of the electronic artform that could liken itself to everything from the chilled-out melodies of Four Tet and Beef Terminal to the thumpers in The Field and Claude VonStroke. The curiously titled Spanish Breakfast arrays a natural progression that Castex has instilled into the structure of the album. It almost wilfully templates the proceedings of a typical Friday night any trendy laneway bar, each subsequent track playing its part in the inevitable bar-to-club transformation and assertively doing so without a hint of ambiguity. Gradually transitioning from mellow music-box IDM melodics to the near-depth of pumping industrial, Spanish Breakfast stands testament to Castex’s willingness to run the gamut on this hefty curriculum vitae.

The title track delivers a cruisey appetiser for the early stages of the evening, as people settle at their designated corners of the late-night licenced venue. As Castex hints at the darker territory this album is bound for towards the end of the track, we move onto “Belleville”, another low-maintenance pre-drinks type of track that patently oozes the influence of Aphex Twin’s seminal Selected Ambient Works 85-92. We’re starting to get a little tipsy now, and boy is “Aya Ama” the perfect track to accommodate this step in the evening’s progression. The bass line intensifies, the tempo dial turns a few notches clockwise, and the night begins to turn epic. Castex masterfully layers the beats over the synths and combines it with interloping cathartic breaks, almost worthy of the extraordinary From Here We Go to Sublime by The Field. We gloss over the brief “Interlude in the Bed” with its cheesy retro tamed drum’n’bass aesthetic, as our minds begin to wander and our bar visits become more frequent.

Enter stage two. The seats are soon to lonely areas as a floor congregation begins. With its trek into beats territory, “Poisson Pilote” descends into a techno abyss, the treble and bass layers more polarised as the now extra-strength beverages continue their destructive euphoric impairment. The lighting in the space is now way dim, not that anyone would be inclined to notice due to its enhancing effects on the darkening tone of the video game melodies and intense bass—a theme continues onto the subsequent “Bora Vocal”, but coupled with a tempo that has the dance floor beckoning. The next item on the Spanish Breakfast menu: “Tasty City”, now deep into the dance phase of the album and the night’s transformation is now complete. With a complex combination of percussive textures, à la Claude VonStroke, the industrial tone renders the opening a distant memory despite it having been not that long ago.

And at the end of this wondrous evolution of electronic music, “La Dame Blanche” brings everything together in a haunting co-existence between climactic and anticlimactic atmospheres. The liquor now really begins to soak up most the audibility of most sound frequencies, so Castex takes licence to play with the bass line, interjecting lounge-like grooves and jazzy sounds that provide sustenance to the record’s undying danceability. Spanish Breakfast is quite a diverse and massive first-time effort from a promising talent, and while I’m not sure my hypothetical analogy fabricating the album’s sonic documentation of a night out will do his versatile repertoire any justice, I do know that any listener will be able find something on there to cater for and satisfy their own electronic yearnings.