Sam Amidon
All is Well 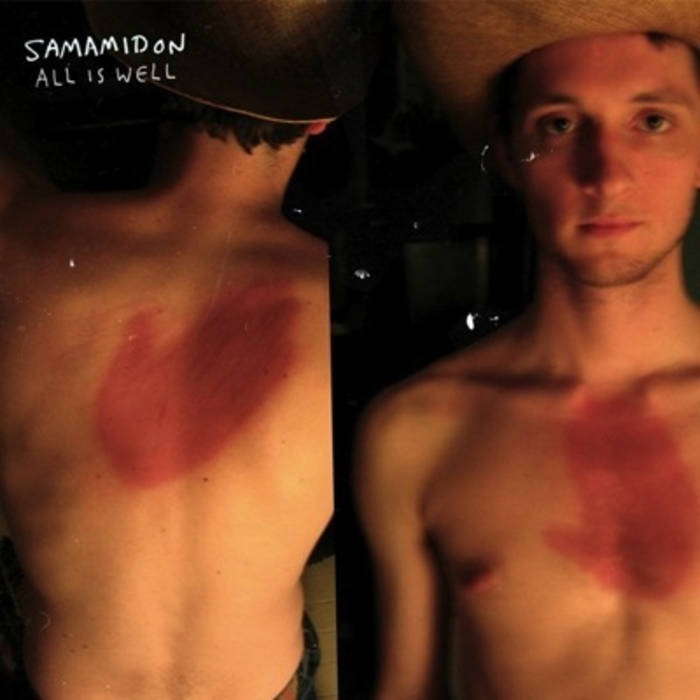 Sam Amidon sees himself amongst indeed some fine company on Iceland’s Bedroom Community label. His presence stands as an anomaly, however—instead of following his Bedroom peers, including Melbourne-born Ben Frost or Icelandic composer Valgeir Sigurdsson, also the figure with the production wand on this record, in their highly textured drone and ambient pursuits, Amidon has opted to dip his toes into wistful singer-songwritten banjo-driven folk. What I fear most for this Vermont native singer-songwriter, now settled comfortably in the City of New York, is whether or not he’ll be able to make a dent during his infiltration of such an overcrowding market. Amidon offers up a very capably composed set of songs, all impressively overseen by the delicate fiddling of Sigurdsson.

Though we’re not witnessing anything that breaks ground, All is Well is a very thoughtful rendition of an enduringly beloved style. His songs cater to a variety of instrumentation: from the staple acoustic guitar to the stylistic plucking of a banjo to some harmonic frequencies of tender brass. His wistful take on melancholic singer-songwriter folk, while not on its own a particularly startling revolution in its form of musical expression, does demonstrate extremely mature songwriting ability.

Amidon’s voice is, in one way, the biggest cliché of his adopted style, yet it also manages to be the most redeeming element. The softly harmonised pensive moaning, despite its less-than-unique attributes, is in fact the blessed component by virtue of its familiarity. It’s a favourable contradiction when you think about the ecstasy coming from really washed-out, slurred poignant harmonic delivery, citing a bit of whimsy from gypsy folk from Devendra Banhart, and a bit of poignancy from the whispery crispness minus the throaty finish of Portland’s M. Ward. Aside from the crystal comparisons, there are is one lingering force that seems to really stick out above the rest, and that is folk legend, Nick Drake. Especially on tracks like “Wedding Dress” and “Little Satchel”, lively combination of strings, piano and even horns ring true to impressions of the tragically beautiful Drake.

All is Well is a series of melancholic lullabies, mirroring and invoking a plethora of artists who came before. What would plague this album most is its familiarity, slipping into an overcrowding scene where it would more than likely go unnoticed. With the resonant introspective qualities of contemporaries such as Ontario’s Great Lake Swimmers and Seattle’s Damien Jurado, coupled with very eloquent fine-tuning from an Icelandic hand, Amidon nevertheless delivers a very strong and pretty work.