Solaire
…And Then I Strapped Explosives To My Body 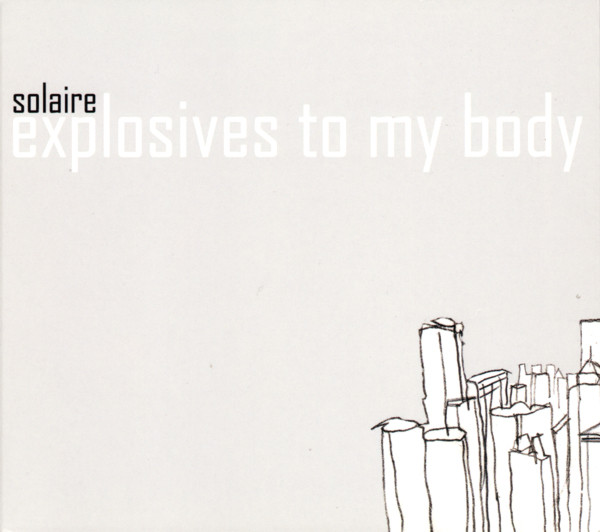 We can all conclude that Explosions in the Sky are one of this decade’s most influential groups of the guitar-driven post-rock aesthetic. Reviewers make comparisons ad nauseum, and it’s no surprise really—Explosions’ emotive, accessible, mood-constructed pieces are so universally desirable and broad that imitation is inevitable, not unlike Sigur Rós. You could probably say the string of clone bands that took onboard this style have eroded the novelty, but at least we still see the warranted attributions to the boys from Texas.

Hailing from Rotterdam, Solaire are the next band to be added to the Explosions look-alike roster, with their debut release Explosives to My Body. In their defence , Solaire do balance everything they borrow from Explosions with some element that is distinctly non-Explosions. While they do utilise the whole quiet-loud thing, which conjures similarities not just to Exposions but also Caspian (not surprisingly, as they are probably compared to the Texans more than anyone else), there are occasionally bits of drumming and guitar strumming that are more Japanese-influenced—Mono et al. Another thing Solaire don’t share with Explosions is track length—the longest reaching just over six minutes which is roughly that of Explosions’ shorter pieces. Tracks like “Timon” also contain a lot of that superfluous and very non-Explosions archival dialogue (I’ve honestly never cared for it). The superfluity doesn’t end there—things go even more apeshit in the following track, “iamnotsad”, where the redundance of the lack of spacing and capitalisation in the song title is matched only by the ghastly vocals that intrude to tarnish a piece that would’ve been perfectly fine instrumental (in the purest, unmolested-by-any-vocals-especially-of-those-who-should-clearly-stick-to-just-talking sense of the word).

The one exception on this record that really struck me was the second track, “Untitled”. The piece opens with nothing but a simple guitar melody, which is then layered by another, then another, all skilfully constructed in an austere, moody yet indulging build-up. The rhythm section brings all the foreboding guitar sounds to life in a manner not unlike the guitar-driven work of Joy Wants Eternity, albeit in a darker mood reminiscent of the untitled EPs of Sparrows Swarm and Sing. The piece is then driven to a climax that rings every bit true to the perfect marriage between the climactic epic droning and musical restraint that preceded it. It’s cleverly timed, crafted and played almost with an awareness of its references, that any moment your brain utters “we’ve heard this before”, you have no objections to politely telling it to shut the fuck up.

I would really like to see this band go further. Explosions to My Body is a solid start, albeit with its occasional imperfections. That one track, however, makes it worth the listen.