The Photographic
Pictures of a Changing World 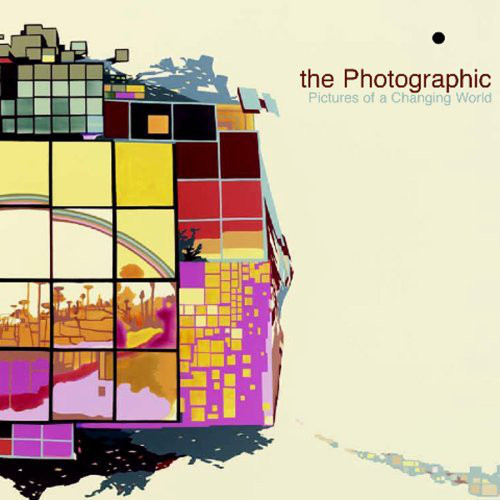 The Photographic are the duo of Jamey See Tai and Chad Blevins, from Louisville, Kentucky. Colonel Sanders references aside, the grand scale of their fierily executed pieces makes me suspicious that they employ far more hands than just those of their lonesome selves. The more likely scenario is that they simply work with a shitload of pedals. This stomp box abuse combined with emotively-pressed melodies reminds me a little of The Appleseed Cast’s acclaimed flirtation with post-rockisms, Low Level Owl, The Photographic’s effort falls short of being as impressive, instead feeling like another tired exercise in reiterating what’s already been done to bits. The duo stumble across a variety of stylistic building blocks rapidly, foregoing the opportunity to render a deeper meaning. It is not really certain of a focal point or contention, dooming it to a trajectory toward oblivion.

“Inception”, a short prologue with a foreboding melody (another overused device) to “Millie Rode to Heaven on the Back of an Orca”, the drawing out of a tired melody layered above echoes of feedback wailing then ushers in the unwelcome presence of sharply detached accents overriding a flowing destroying any potential fluidity. From an instrument of accents to one of rhythmic sway, the apt title “Directions” emphasises a clichéd affair with its melodic spirals which head toward a queued emotive peak-slash-anticlimax. The duo plant short, upbeat number “Secure”, carried by the near math rock-timed melody, as a signal of their attempt at versatility. “Glass Saviour” tips the band towards a darker, Jakob-esque tone, again preaching to its mission statement of paying homage to as many of post-rock’s substylings as possible in the span of an LP. There isn’t really a logical pattern to the track durations, though the shorter ones do tend to have more of a ‘filler’ feel, like “Night Noise” (no misnomer) and “Lost in a Daydream”, a series of sinusoidal noises with little aesthetic redemption. The record isn’t without some shining moments. “We Were Fed Poisoned Bread” is a diligently constructed piece of music, progressing thoughtfully and thoroughly in its ins and outs, melodic assemblages and tempo shifts, the only piece that really feels seamless and cohesive in its entirety. Notcoincidentally, more than likely anyway, it is the longest piece clocking in at just over the ten minute mark.

I’ve noticed that the reviews the band has (perhaps selectively?) decided to put up on their site are dramatically misguided. The general consensus is that this duo have composed a groundbreaking piece of work rivaling the giants of the scene (I saw the names GY!BE, Mogwai and particularly Explosions in the Sky more times than I should have). Now, here’s the reality: beside the fact that they’re instrumental, Pictures of a Changing World in no way resembles any of the works of the aforementioned bands. What it does resemble is a middle-of-the-road, occasionally-catchy but overall less-than-inspiring hour-long affair. The added emphasis on “instrumental rock” rather than the de facto taboo “post-rock” is another tad ironic dilly of a pickle, seeing as I cannot think of anything more befitting for what has generically been demonstrated on this record. A reasonable conclusion, from the predictable names drops to a lack of the p-word, would be that they haven’t catered this record for the broader, instrumental music audience. This risk-averse approach to instrumental music might be novel to what I suppose you could call “the untrained ear”, a safe route that appeals only to the accessible-inclined, eschewing even the slightest hint of danger.

It is a tired old formula that knows no bounds in such adamant adherence to its bounds, a gross oversimplification of what they’ve misled themselves to believe comprises a strong composition. It is almost completely devoid of the crucial challenging dynamic, the attention-holder (as opposed to the grabber), something that both stunningly good and even stunningly bad records can be endowed with, but middle-of-the-road records never. For two young men from the Midwest, this is a glowing record by beginner standards. The intricate experiments with style have proven them to be competent musicians, and maybe even composers, but there is still a lot of hill to climb before they can even get a whiff of a magnum opus. All I see in this excess of premature, gushing praise is a hazard, stunting a promising growth for a duo who have yet to establish their own stylistic identity, let alone revolutionise the notion of instrumental rock.