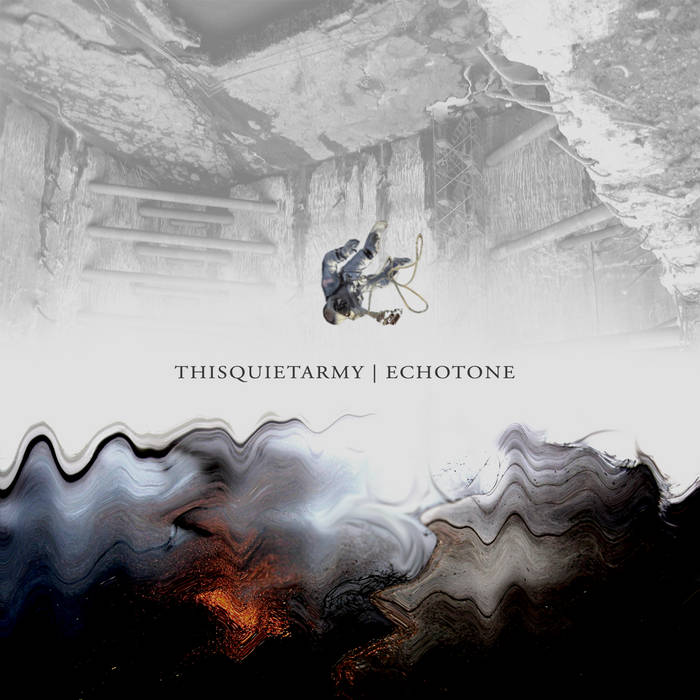 In an age where we’re constantly confronted with experimentation that feels contrived, “experimental for the sake of being experimental”, Echotone is the kind of record we’ve been waiting for. A record that reconfigures the frail line between experimentation and accessibility; that demonstrates and validates the possibility that a complete departure from one’s medium is not always necessary to prove one’s credibility as an experimental artist; that does not even necessarily have to assert itself as anything, just a bracket of music that feels genuine.

Crafted into three succinct textural pieces, with each piece is equally minimal in its own way, the Below the Sea drummer envelops the air with class of eeriness so rich and poignant. Echotone opens with the aptly titled “Drown”, breathing life into the speakers (well, “CPR” would probably be more apt) through an ominous squeal which slowly evolves as underlying bass lines and sparsely filled ambient guitar work seeps in to animate the mood. Flutters and other miscellaneous ambient noises drown us out in a life form of tranquillity existent only in dreams.

“Spaceman” counters the ominous overtones of “Drown” with a glimmer of hope. Built around layers of gorgeous echoing, reverb-soaked guitar and a trail of feedback, there is the bold inclusion of drumming, recorded in a rough, lo-fi manner akin to a bootleg recording. The record is impressive for its understated use of percussion, a rarity in ambient music. The knife-cut thickness of the drone combined and intermittent moments of tired drumming allude to slowcore and shoegazing (if I were to namedrop, Landing and Windy & Carl would be the no-brainers).

The final entry to this trifecta is “World Death Clock”, another piece with a disturbingly apt title. The track plays out as a slow anticlimax, a brooding construction of tension in the form of a gradual tick-tock (hence “clock”, clever hey?). The tense drone is almost like the score to what is the ticking of a bomb, counting down to an explosion. The explosion never actually eventuates; there is no climactic payoff, no orgasm, no peak. Like David Lynch’s latest effort, Inland Empire, it’s not in the culmination of the tension, but rather its slow building that is the perverse source of our pleasure.

It may just be coincidence that I’ve noticed an influx of ambient soloists in recent days. The field is narrowing so like any other overcrowding school, truly fresh material is becoming an endangered species, and especially with minimalism coming attached as an integral part of the music, it is difficult to discover new ways to evoke these calming, almost meditative emotions. Echotone may be succinct, it may be far from wall-to-wall instrumentation, it may not make its intentions plain, nor may it necessarily spark any revolution. But fuck, human beings only have a limited number of emotions, so what does it matter how they’re triggered?