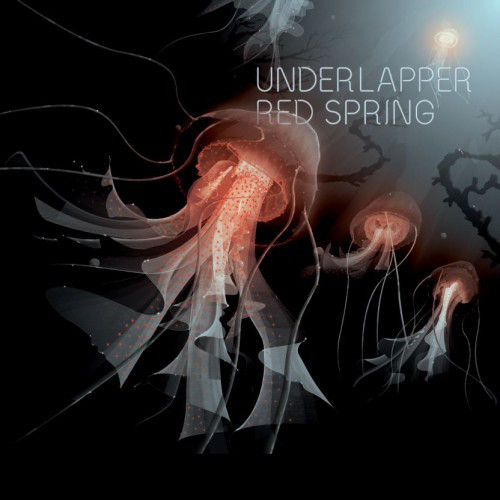 Eclecticism is a word with which Underlapper want themselves to be synonymous. Flirting with an array of emotive folktronic instrumental, the Sydney six-piece seem to be bounded by nothing but the challenge of evoking as much life in music as possible in the most subtle possible ways while sporting an eclectic range of instrumentation. Testament to their desire to demonstrate eclecticism is their bold move in trading the most prominent feature of their eerie debut—hip hop-inspired spoken-word lyricism—for sound textures that amalgamate the trip hop beats with subtle fluid guitar melodies.

Droning and dispersed, the vocals on “Little Tapioca” are pretty solidly indicative of the disbelief that this is the same band who tried their hand at hip hop in a previous effort. “Lawn Bowls and Linda Ronstadt” boasts this combination well opens with glitch laptop-generated sweeping effects to evolve into a rather luscious brass-accompanied instrumental piece. Fragments of the debut appear on “Haunted Cornice”, synthesising the melodically spoken vocals in 80s fashion. Lee Whitefield referred to Sequence Pulse’s “Hush”, a song that featured Jen Wood as a vocalist, as ‘the Jen Wood song’. Similar sentiments were evoked in myself on “Fallen Face Moon”, counteracting the abrasive beats with acoustic guitar-accompanied femme vocals by Holly McKellar, and ultimately transforming it into the Holly McKellar song. Jazz-driven “Fool’s Cap”, dressed in a subtle underlining of electro glitches, opens the closing bracket of wistful down tempo lounge-esque pieces, and rounded off nicely by “Renfield”, done up with plenty of post-rock piano-isms.

Red Spring draws on all the neglected aspects of so many rich stylings and compile them thoughtfully, but not flawlessly. The vast coverage of instrumental ground they’ve chosen to incorporate makes it hard the ignore the seams which hold this record together, not to mention the massive departure from their earlier work putting question marks over where they might want to go from here. Still, it’s hard to ignore the elegance and flow of what they do manage to capture.