Sam Moss
The Moon Tears it Down 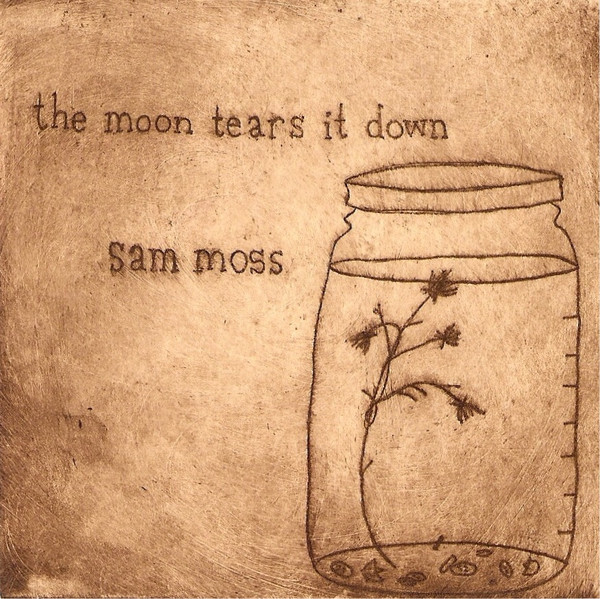 Many kids dream of growing up to become a famous rock star. Or a pop star. Sam Moss dreamed of becoming a famous clarinettist like Benny Goodman. Every clarinettist who I’ve ever met (two in total) insist that their instrument of choice “reels in all the bitches” (apologies, female readers, for the misogyny). Assuming that a seven year-old Moss nurtured this dream for slightly more noble reasons, it may have been the enticement of being an instrumental prodigy that motivated him to pursue something down that line.

While Moss didn’t end up realising his dream of becoming the next Benny Goodman, the Boston-based composer has instead accomplished a flair for musicianship as a guitarist and violinist. The Moon Tears it Down is a simple, organic working pallet for an emerging composer to showcase his talents. Comprised of six straight compositions on a solo acoustic guitar, Moss displays a tremendous propensity for the speedy fingerstyle playing while also staying tuned into an array of country-folk-bluegrass sensibilities. In fact, at various points, you would be forgiven for mistaking Moss’s very distinct arpeggiated finger-stylistic sounds for a banjo—sounds that just happened to then be commandeered by acoustic guitar timbres.

While the pieces are tightly wound enough in their structures and arrangements, the execution still leaves room for it to feel free-flowing and quasi-improvised, probably due in no small part to the fact that the compositions themselves took months to refine and only a day to record. Considering the relatively short length of the album and the absolute minimal instrumentation, this is not really a huge feat, and consequently provides that distinctive, sometimes desirable, other times not-so-much live-ish aesthetic absent from polished, overproduced records.

“Fractures” provides a modest opening to TMTID, lacking any real immediacy or grab to draw in the listener, instead serving only to graduate to a finger warm-up exercise and basically a prologue to the subsequent “A Minor Storm Rising Up”, where Moss gives his guitar fingers a good work-out. The tempo shifts erratically and the arpeggios are all rather flat, making it hard to establish any real connection at any point. The sparseness carries itself onto “Lights”, which also seems plagued by the dispersal of flat arpeggios, again lacking in resonance and subsequently diluting signs of emotional substance. The second half of the album easily overshadows its preceding counterpart. “To Leave” and “Miniature Dwellings” are the stand-outs on this record, the only pieces that seem to endeavour to transcend a fingerstyle guitar routine exercise and enter into a more thoughtful, aesthetic realm that is willing to sustain the idea of prioritising emotion and intuition over technical demo. Moss does well on these tracks to balance the playing traditions with a melancholic appeal that hints at real musical character.

There’s not really anything on TMTID that yearns for the added bit of attention afforded by those folk instrumental records that, while staying fairly true to their prescribed texture, still reveal some element of intrigue. TMTID has brief moments of this that it doesn’t retain consistently enough, and so it may struggle in penetrating the boundaries of its niche, country-folk enclave. Then again, it’s never easy offer definitive judgments on an artist in his musical infancy.