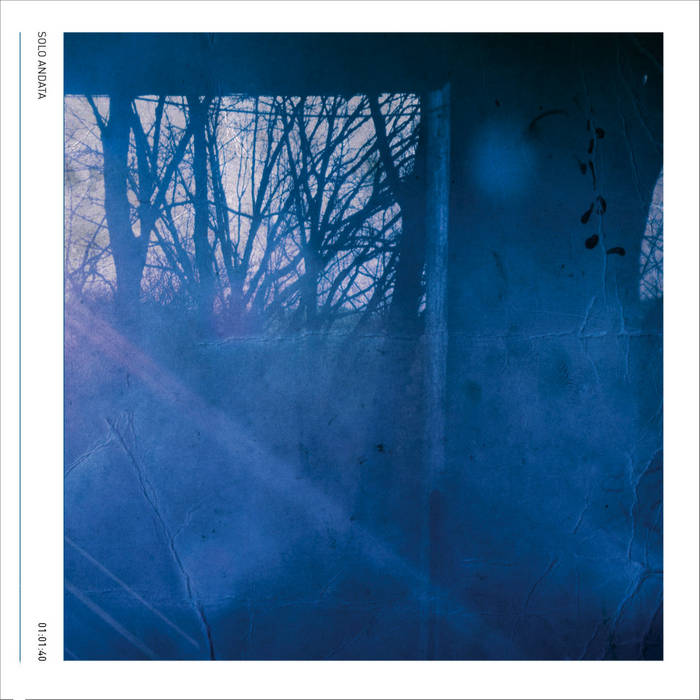 Solo Andata is Italian for ‘one way’. Apparently, this is a pertinent fact, otherwise you wouldn’t be seeing it on every possible press release or critical writing piece that divulges the skinny on this humble but curious Australian duo. Living apart in on opposite sides of the country, Perth-based Paul Fiocco and Melbourne-based Kane Ikin have spent a greater period of 2007 to 2009 gathering the sonic remnants that now finds themselves refined, assembled and packaged into their second LP. Three years after releasing their debut, Fyris Swan, through Chicago’s Hefty Records, Fiocco and Ikin now quietly transition to the deadening minimalist 12k family—a transition that makes itself felt on the substance of this self-titled record.

While still bearing similar subdued sensibilities in the execution of their pieces from Fyris Swan, self-titled exhibits a more sullen and heartbroken side. The duo experiment with lengthier breaks of organic minimalist textural composition, shedding flagrant indicators of form and only sparingly utilising instrumental timbre. The result sees the duo capably revelling in the paradigm of field recorded sound artistry that has hints of Tim Hecker, Christopher Willits and 12k labelmate Steinbruchel.

Working in lengthy brackets of around seven minutes a piece and venturing ambitious to 13 minutes on the closer, Fiocco and Ikin manipulating and float their processed samples with enough warmth and artistic intrigue to give the individual pieces the sustenance to last their relatively lengthy life-spans. Seamlessly caressing one layer to another, the patience gives the atmosphere a licence to gradually absorb every last bit of effectual glowing resonance. “Ablation” combines a soft, motorised chant that calls out to a delicate apocalyptic string lullaby for aid in its perpetuation of sadness, while “Beyond this Window” melts in distortion and dissolves almost every sonic molecule and cushioned by static and an almost Badalamenti-stylised melodic eeriness. “In the Light Storming” moulds sinusoidal echoes, tones and brief spurts of simulated tinnitus to radiate a comforting, emotional sense of being.

There is a well-dispersed instrumental presence that never disrupts the textural work, so much as placates it, the album in dominated by droning wash of white-noise-driven serenity.  “Loom” features an acoustic guitar and string duet in what is arguably the most forefronted role any instruments attain on the entire album. “Look for Me Here” paints the space with a gentle harmonic whisper that embellishes intervention of a guitar that caresses itself against a sawing motor, cusped together ina  dance so slowly that it still ultimately renders the piece formless.

“Woods Bones Flesh” is a dark, foreboding exit to the record, finding a culmination for the thematic disorientation and solitude that dominates this record. Through a subtle yet meticulous orchestration of field recordings against a backdrop of eerie drone, Fiocco and Ikin almost completely reconcile their stylistic inclination with the ambitions of their new home in 12k. Without fail, Solo Andata achieves on this record what any great ambient album should—the ability to be completely incandescent—and as it freely self-sustains a glow and warmth, it is also, in an understated fashion, devastatingly cinematic.