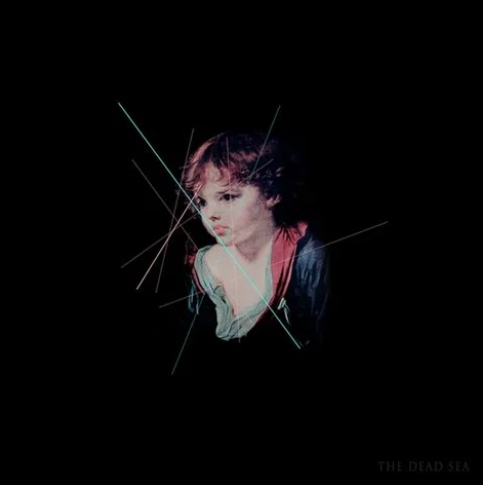 Sydney three-piece, The Dead Sea, were formed by vocalist, guitarist and video artist Tim Bruniges, bassist David Trumpmanis , and drummer Nick Kennedy—the latter two musicians involved with other Sydney-based projects such as Big Heavy Stuff, Bluebottle Kiss, The Cops, and Sarah Blasko. While I will apologise for the preceding emboldened list of namedropped artists that may have stuck out as you skimmed this paragraph, it is interesting and worth considering how such an indie-centric endowment of musical capacity could result in this project, The Dead Sea, which could not be further removed, stylistically, from any of the aforementioned bands.

The Dead Sea’s motivation seems to stem from the same place as latter day Mogwai, who after years of defining the parameters of the now tattered post-rock genre, have decided, like Tarantino and Natural Born Killers, to disown its bastardised and debased remnants for greener, boundless experimental pastures. The difference here is that The Dead Sea have skipped the formalities of confining style establishment and gone straight to their calling, which is to veer a little to the left of post-rock’s beckoning. Listening to the opening “Slow Jet” gives off the impression—the grumbling howls of synth and tribal drumming key symptoms of a band shaking off the post-rock infection.

The thick Hammock-like howling atmospherics of the first EP suggested that their full-length would be anything but what they’ve concocted on their debut. It is by no means an epic recording, running on ten tracks that clock in at a conservative 40 minutes. It doesn’t constantly erupt in climax-oriented sonic enormity, instead opting to leave the reverb to sport a relatively sparing presence. Even the style, composition and technical execution of the album, when isolated, in no way signal ground-breaking, novel gestures by any stretch of the imagination. Instead, the album draws its fortitude from the forward momentum of its piece-to-piece fluidity. The Dead Sea have mastered the ability to identify, fuse and arrange their far-reaching breadth in a way that allows each number to say its piece concisely without ever overstaying its welcome. The efficiency under which The Dead Sea dictate and convert their alternating styles, that would otherwise so easily be the cause for disconcerting and disruptive listen, instead becomes the agent of a wondrous aural treat.

Of the ten tracks, I would say only four are solid, determined, structurally integral pieces, with the rest floating around the two-minute mark serving as ambient filler. That is not to suggest that these tracks are superfluous, quite the opposite; these interludes give the record the wiggle room it needs to segue seamlessly, and they does this without ever hampering or undermining their own aesthetic sensations or the aesthetic sensibility of the longplayer’s entirety. It never devours precious minutes with extended introductions, self-indulgent brackets of feedback or repetitious phrases, and its this efficiency that makes the experience extra compelling. The bigger pieces do well accommodate themselves and their ranging styles, from the hypnotic indie rock of “The Devil Bends”, to the closest flirtation with climactic post-rock of “Zabriskie Points”, to the closing cinematic ambience of “Bandicoots”. On top of this, “Departure Gates”, a piece that certainly made an impression on the reviewer of the EP, Lee Whitefield, who said “its infectious little tune burrows its way into my subconscious in a way which very few artists of this ilk are able to do so”, finds a slightly polished version of itself a home on the LP.

The Dead Sea have certainly had their share of attention since 2007. According to their myspace, they’ve humbly publicised the fact that “Respire”, from the old EP, was used in an episode of CSI: Miami. Now, if it doesn’t already go without saying that any association with a badass like David Caruso ought to help their credibility skyrocket, then perhaps the unveiling of a thoroughly seductive, tightly packaged self-titled LP, that exceeded all expectations after the scope offered on the stylistic snippets of the EP, will convince you that The Dead Sea are an outfit that is not going away any time soon.