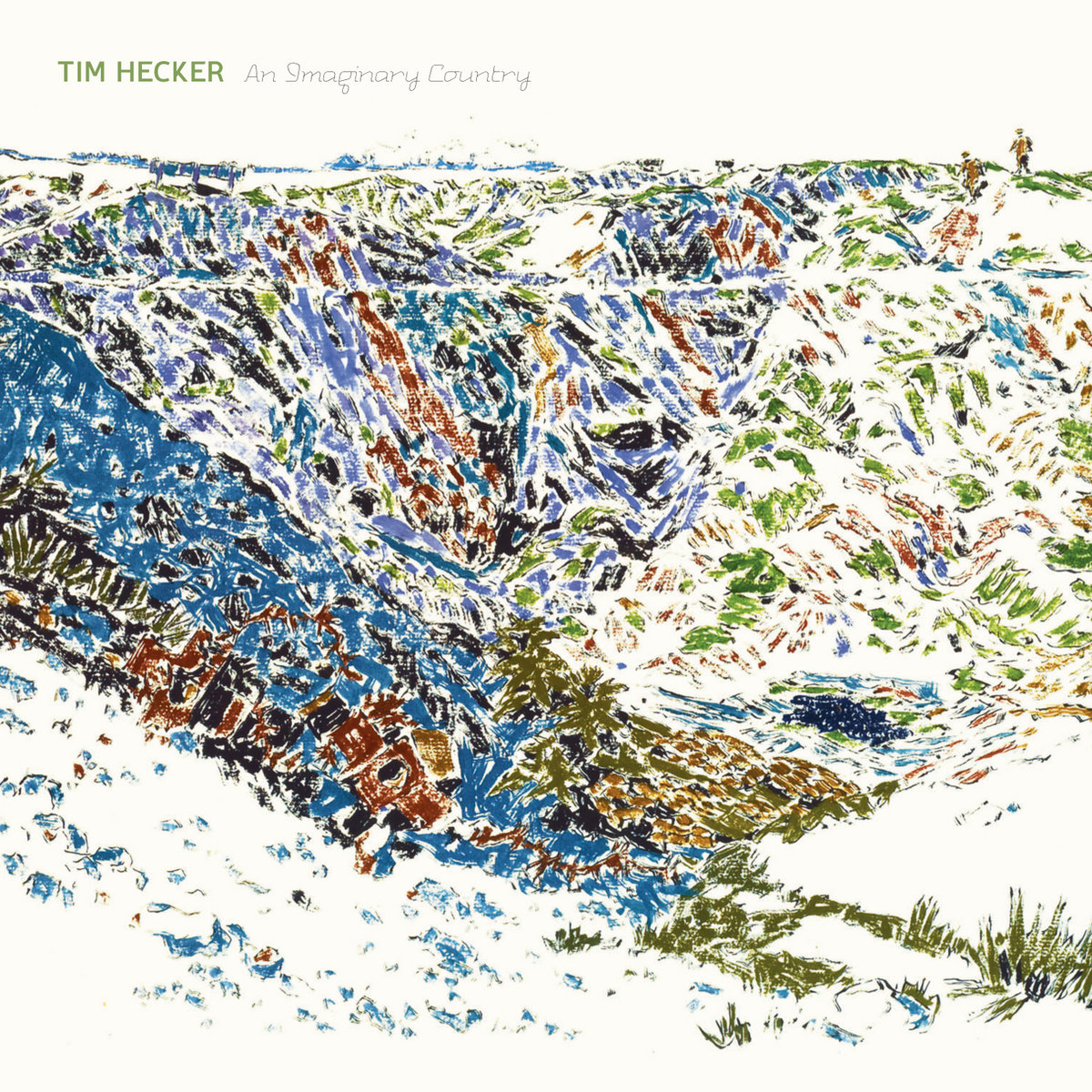 It’s an ambitious task to establish such scope for a musician’s sound to fill, especially when the sound comes from the most parsimonious of sources. Tim Hecker has titled his sixth studio album An Imaginary Country, conjuring a foundation of imagery on a scale that demands epic. The notion of ‘country’ is a curious one; while inclination interprets it as being a country, a state in the political and geographical sense, it also struck me to think of rural country, or countryside, where the natural topography and landscape always manages to overwhelm that of urbanised space. This is the scale by which Hecker (for this reviewer at least) has inadvertently subjected his genre-defying brand of laptop drone. Whether you want to call it soft-spoken electronic music or computerised ambient, Hecker continues his blissful command of textural drone carried on from his previous masterful essays such as Haunt Me or Harmony in Ultraviolet on what is arguably another triumph of sonic aesthetics.

By experimental music standards, Country is comprised of relatively short pieces, providing Hecker greater licence to tackle a greater of variety of ambient textures. With most of the tracks hovering around the four-minute mark, Hecker engineers conspicuous segues that leave the impression of a seamless whole, but also a pulsating amalgam that is pivotal to the creation of a real metaphorical exploration. Like his contemporaries, Hecker’s technical mastery of the components that orchestrate experimental music shines through clearly.  As the drone level ebbs and flows between pieces, it documents the heterogeneity of the imaginary country’s landscape, hiking between points of chaos and serenity, and animating the experience of visualising a product of Hecker’s imagination.

The compositional structure of Country effectively uses its avenue of sonic space to dictate the stages of the listener’s trek. From the lead-in on “100 Years Ago”, there’s a semblance of civilised order on “Sea of Pulses”, where a calm rhythmic bass underlies the formless organ tones and nods at the harmonic structure common to ambient electronica. The noise current sweeps the bass a little further out on “The Inner Shore” where it is overwhelmed by the surviving melodic wails. The devastatingly sparse “Borderlands”, preceded by the brief tonal intermission of “Pond Life”, is an example of one of Country’s ebbs, a minimal piece dependent on dispersed notes and the resultant sonic resonance to generate its emotional energy.

“A Stop at the Chord Cascades” sees a steady gushing of pure harmonic drone restoring some of Hecker’s trademark harmonies, and after the near silent second intermission of “Utropics”, Hecker takes it to yet another region of this country, “Paragon Point”, a ghostly cavern sound with its warm, eerie echoes balancing a hissing static. The longplayer continues to get cosy in calm ambient territory with “Her Black Horizon” and “Currents of Electrostasy”, before the thickening, shoegazed atmosphere of wall-to-wall drone re-enters on penultimate “Where Shadows Make Shadows”, an eight-minute epic storm to the anticlimactic reprise, rhythmic in its submerged intermittent beats and almost vocalised in pitch of its layered drone.

As you watch him collapse the remaining lines between melodicism and formlessness, Hecker’s music transforms into something hauntingly beautiful and penetratingly ethereal. Parallel to the physical excursion of an imagined literal landscape, Hecker still provokes the same emotional resonance, wringing every possible fragment of introspective and poignant residue that leaves itself after all the feedback and reverb die down. Hecker keeps the sounds of Country every bit faithful to its cosmetic parts, crafting an ambitious body of art that has an identity. Taking the limited brilliant sonic textures and arranging them expressively, Hecker sculpts a soundscape that is dense and enthralling, worthy of the journey through its dramatic terrain.