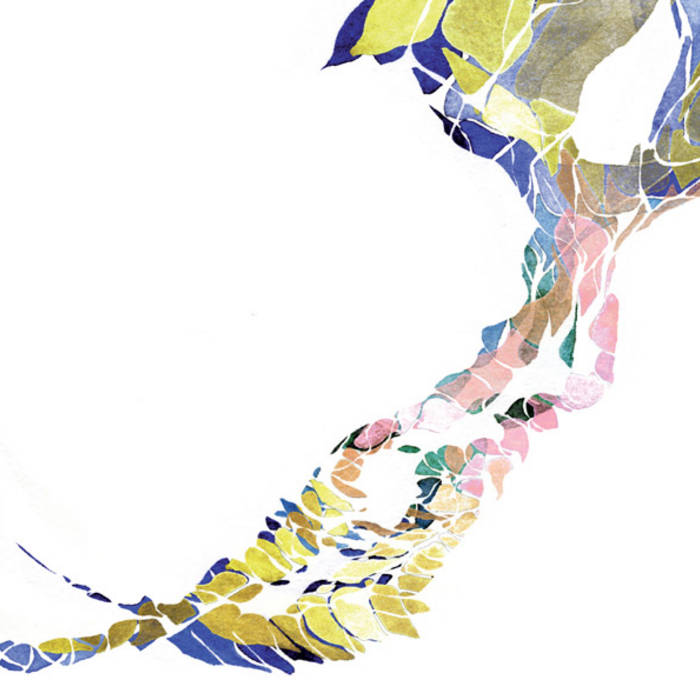 Tobias Hellkvist is one of Sweden’s best kept secrets. Despite his relative newness and consequent limited exposure, one could be forgiven for mistaking the maturity in Hellkvist’s music as indicative of greater longevity than the reality of his time suggests. Eagerly ploughing his way through with two lovely solo full-length releases and a couple of splits in the first two years, Hellkvist resumes productivity with the limited release of his third studio effort, Evolutions, coming shortly after he marked his debut live performance and looking hungry to set off another wind of studio prolificacy.

Hellkvist’s choice aesthetic is oddly split in its personality, undecided between the clean, warm acoustic vibrancies of Erik Enocksson or Mice Parade to the laptop-driven ambient persona of Tim Hecker or Mountains. In many ways, Hellkvist sports a similar combination as Graham Richardson’s Last Days but with a much discrete separation in his polarised stylistic endeavours. Like fellow writer Joe Sannicandro in his review of Sides, I can no less help myself to mention and wholeheartedly plug Hellkvist’s acoustic cover of Efterklang’s “Step Aside”, in which he translates the glitch-riddled beats of the original into the organic, unplugged arpeggios that not only retains a lovingly crafted context for the delicate carolling but perhaps even makes it more apt than the original.

The mention of that cover is rather incidental in this case, because Hellkvist almost strips away the acoustic origins of his previous record, Sides, to produce a work that favours where that record left off: in denser, ambient textural territory. “Fresh Start” establishes this right off the bat, delivering a lazy sonic incarnation of its namesake that litters its glittery body with a myriad of broken tones and melodic effects. “Patience” is no misnomer, seeping in faint remnants of his acoustic repertoire to suggest that that part of him isn’t gone, at least re-emphasising the drone/acoustic dichotomy that exists in his offerings. As if not to suggest an abandonment of his acoustic texture, Hellkvist amalgamates it with his diluted drone effects to segue into the rest of the album.

A variety of diverting effects are showcased in abundance: Geiger counter-esque clicks pervade “Scar and Stripes”, a piece that maintains the dense, booming atmosphere, “White Hole” brightly smothers a piano timbre, and “Arms” plays on the chamber echoes and lingering metallic resonance. “The Ladder”, the token epic, sports all the characteristics: elongated tones, grazing melodies, dynamic progression fitting a bell curve, probably as close to a Tim Hecker composed and executed piece. And if “The Ladder” is the tribute to Hecker, then deep-pitch, harmonising monotonic “Sore” would almost certainly be the tribute to Stars of the Lid—Hellkvist even further keeping the influences in order with a nod to William Basinski in the effective bonus track that comes out in the closing two minutes.

The curious thing about Evolutions is that despite veering away from the electro-acoustic dominance of Sides and very much stick to the ambient component, it still very much succumbs to the tides of other structural conventions but at no real expense. Dynamics rise and fall, tones ebb and flow, and yet the emotive patterns never seem taunted by technical rigidity. In many ways, Evolutions sees Hellkvist return to stylistic sensibility of his debut, Transports, that was also predominately a work of laptop abstraction, formless tonality and fragmented melodies. This time, however, he instils a more aggressive, focal intent that subsequently gives it a much richer, cohesive presence.