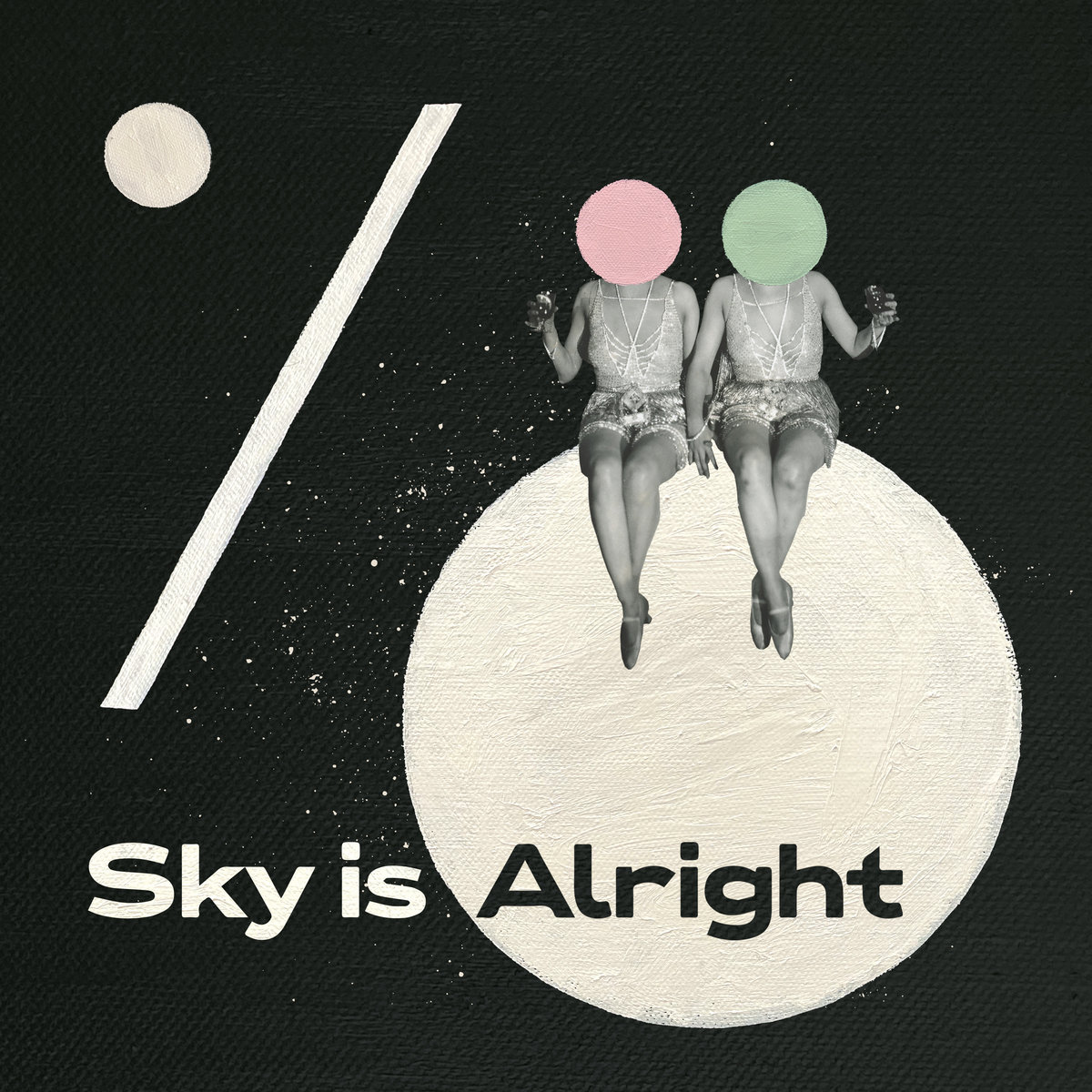 Sky is Alright is the intercontinental duo of Rishi Neal Arora, best known as one of the lead guitarists of Los Angeles post-rock stalwarts, Signal Hill, and Chris Gregory, a Los Angeles-based drummer and high school friend of Arora. Since moving to London, Arora has broadened his reach beyond the melodic instrumental colouring of his long-standing project—his last project, Wesayyes, ventured into a new yet familiar aesthetic alluding to 90s alternative and shoegaze with a soupçon of dream pop, and this stylistic evolution has continued well into Sky is Alright, no doubt his most personal project to date. A graphic designer by trade, Arora, who doubles as the artist behind all of Signal Hill’s art and visual presence, has taken no shortcuts on the visual front with Sky is Alright, embarking on an ambitious visual campaign paying homage to Hungarian Bauhaus master László Moholy-Nagy in the record artwork, while also meticulously soundtracking a series of monochromatic vintage vignettes that bleed the project’s palette of teal and pink with the Sky is Alright album teaser.

The record’s eight tracks are a palpable realisation of the duo’s vision—the culmination of a passion project in its truest sense. The self-titled opener and project namesake wastes no time acquainting us with Arora’s piercing guitar and raspy vocals. The guitar melodies drop hints of Chicago’s Seam as it calibrates our navigation of the record’s energetic, emotional terrain. “Crimson Sunburn” takes the tempo down a dial but maintains the energy of the opener’s dynamics—the song title evoking images of a California desertscape (at least for this listener). Lead single “Mistress Pessimist”, a bittersweet melancholia, applies the same one-two punch of riff and melody from Arora’s guitars, while noticably adopting a setup-payoff structure reminiscent of much of Signal Hill’s work—a tense, aggresive setup in its opening verses then dispersing all tension in its a tempo-shifted closing third.

“Indigo Moon” is the first to usher in a calmer intro before returning us to the album’s richer dynamics. The song’s bridge, combining Arora’s softly uttered lyrics beginning “from the West Coast…” (calling out to his native California) and an intimate spoken word break, feels like a pivotal layer-shedding moment where Arora makes himself wholly vulnerable—the listener having earned his trust over the preceding 20 minutes. “Push Down Turn”, with its trickling rain to set the scene for a dark mood change, feels like the equivalent of the film narrative’s complication point. It is fittingly armed with a chorus reverberating a nod to the gorgeous sounds of Philadelphia’s Nothing. The signature outro key change is again reminiscent of Signal Hill’s masterful use of this tension-slicing tactic that embraces the listener.

“Catacombs”, another evocative title of similarly dark subject matter, continues along a similar dynamic trajectory as its predecessors with Arora’s vocal-guitar interplay and maintains the album’s momentum, before handing the coveted penultimate epic spot to “Long Bus Home”. The longest track of the record feels very much like a standalone narrative from its acoustic opening to the layering of reverb and percussion; the pensive literal lyrics tell the story of a protagonist waiting for the last bus after a long night out. The story delivered by Arora’s raspy, caressing vocals is complemented beautifully by hopeful riffs, summoning vivid imagery of what is a universally poignant experience. The track climaxes with Arora alternating vocal personas to create a dialogue, existentially questioning “who… am I then” (loosely reminiscent of Frank Black’s “Hey”) before it wraps itself back up in the same soft acoustic sounds from its opening to close the narrative.

Album closer, “Sun Falls Down”, is a wistful acoustic epilogue to a rich, emotional affair, with a title that is a fitting dramatic play on the time of day blessed with the most alright state of sky. I listened to the record on a moonlit walk through South London in light drizzly conditions, which I found to be such right conditions for Sky is Alright’s poignant, emotional tone—and yet at the same time, in the current springtime that delivers beautiful falling-sunscapes where the sky turns an almost surreal purple-vermillion adorned by patches cotton-textured cloud, I can’t help but feel these scenes also lie within Sky is Alright‘s thematic jurisdiction. It is a love letter to the golden era of grunge, 90s alternative, and the slowcore and shoegaze domains. Arora and Gregory’s debut under the Sky is Alright moniker is an extraordinary, sweet-melancholic blend balanced thoughtfully with a dose of optimism.